Spend the morning gathering thoughts, its been a pretty intense week, this place is full on but wonderful, stimuli in super abundance. Sian is poorly so visits the hospital and has a jab in the bum, she has lost her voice due to the dryness which is unfortunate as we are guests on Tegai and Luned’s radio show this afternoon. We get to Trelew in no time with new navigatory assurance and skill, we even find short cuts and Sian now drives like a local and swears in Spanish as we dip and dive to avoid the pot holes.

The sisters radio show is the most charming programme that i’ve ever been on, Sorry Nicola (Hayward Thomas), they’ve been doing it for 40 years and the way they gently glide through the script giving news of local events, dispersed with Welsh Hymns is so endearing. I feel so honoured to be with them and love my new DJing mamgu’s even more. They are truly one of a kind. 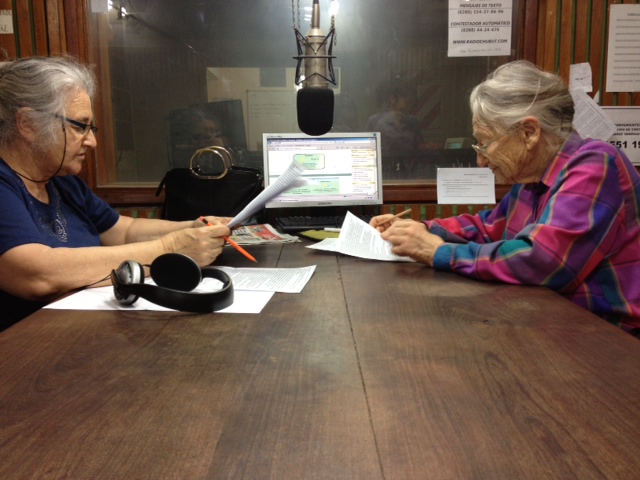 Post show we quickly pit stop at El Touring club where they traditionally take tea and meet friends, who are gathered already, unfortunately we can’t stay to gossip as we have another meeting. Walter Garcia Moreno (who’s great, great, great grandfather came on the Mimosa) is a lawyer who has set up a publishing house and an infinitive called Dilaogo Galles/Patagonia who will bring Owen Sheers over next April, which is perfect as I would like Owen to partly write the libretto for PATAGONIA150 as the main focus of the work will be a choral composition, perhaps even an Oratoria, Oratorio Patagonico. Walter gives us some names of local writers who could also be involved and promises to send us a comprehensive list.

Over dinner we meet Jeremy Woods, aka Mr Patagonia who’s expertise and knowlegde on the history of Y Wladfa is incredible. Over several bottles of Intimo Jeremy sketched out our road trip across the desert , Taith y Paith towards the Andes, following in the footsteps of the Welsh pioneers (well horse shoe tracks) as they rode horseback. We would explore canyons, volcanic craters, ancient cave paintings and petrified forests, see condors, guanacos, armadillos and gauchos all in 3 days, it seems that our antur/adventure hadn’t properly begun and that the 600 km trip across the ultimate landscape of the mind would potentially blow it!

Hector played us an array of recorded compositions including a quirky South American rendition of Oes gafr eto on the pan pipes. An eccentric, eclectic and comedic mash up, delightful, there’s sure to be a role for Hector in the mix.

Another trip to Trelew for a meeting with The St Davids Society who are leading the 2015 celebrations and who were critical in supporting our proposal. I was a little anxious, our aims may seem too conceptual for their liking, my stomach tightened as as we approached the shop front of their library/office and I imagined the conservative and perhaps stuffy members of the committee waiting behind the lace curtained windows. 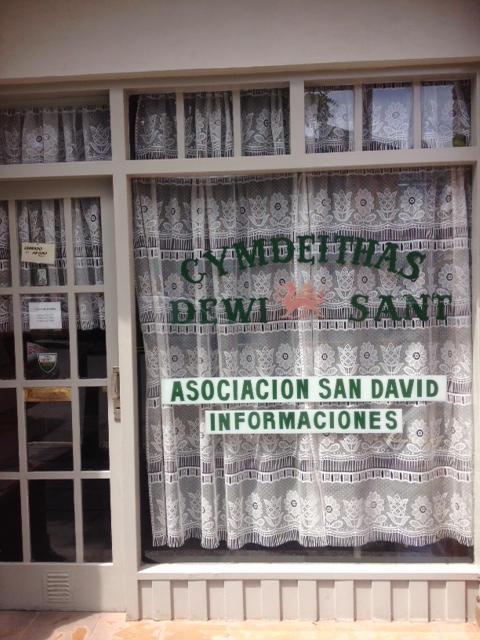 How wrong I was, they were fantastic and loved the idea, Nanibel Iwan and David Williams (also descendants of Lewis Jones and Llwyd ap Iwan, pioneering figures in the establishment of Y Wladfa) were on board 100%. 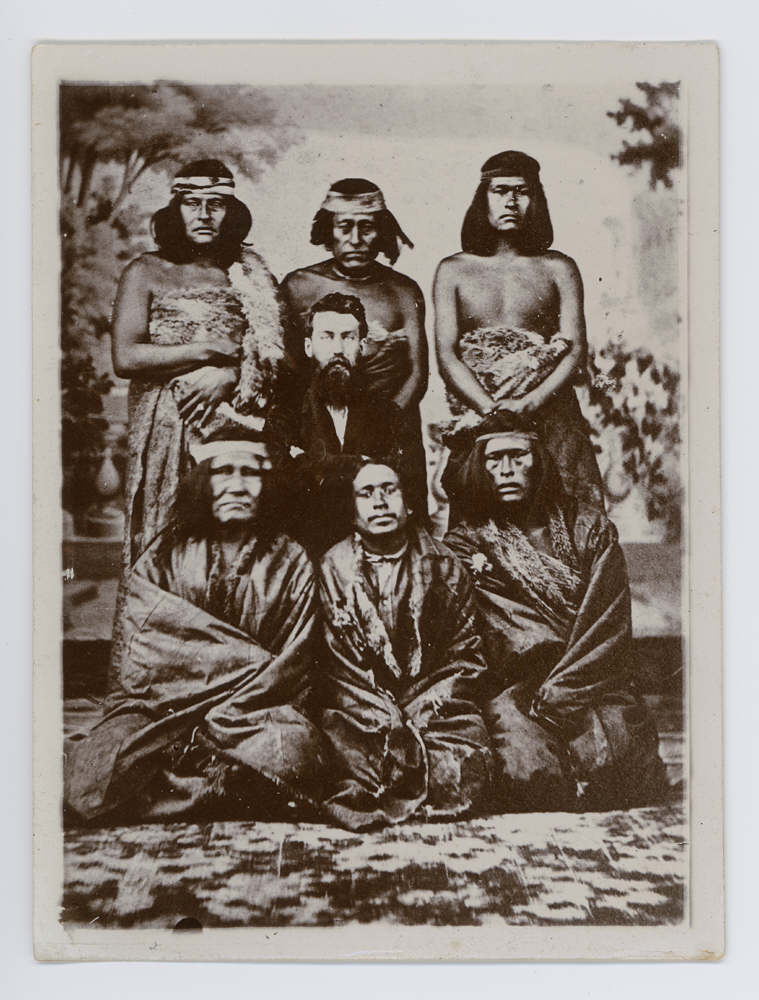 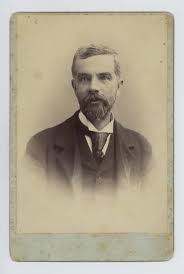 Jeremy had suggested a visit to the mill in Dolavon so off we went, en route I saw a tyre with a name in the roadside and memories and Mikes text came crashing back. 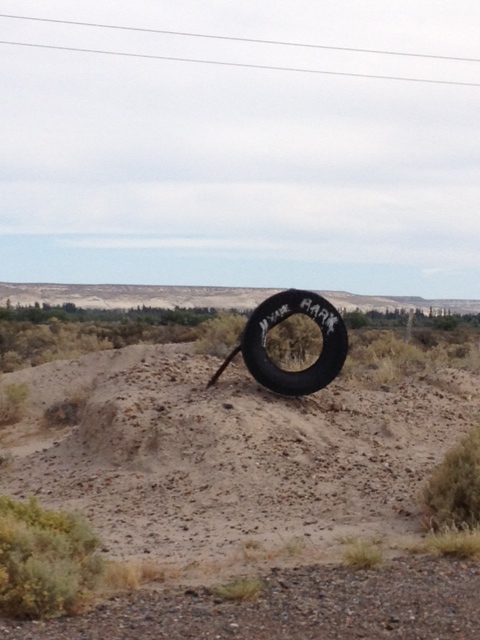 If you travel on Routa 25 that runs straight from Trelew to the Andes, fifteen miles beyond Gaiman and just before you reach Dolavon, you will see a tyre, half–buried in the roadside. On a smear of white paint and stencilled in red are the words ‘Hyde Park’. Turn off through the sand dunes and there, on the channel edge, is the single–storied farmhouse of that name.

I had visited the farm exactly 20 years back and met the charismatic owners, the brothers Tomi and Eddie, the sons of John Davies. Who, as soon as I arrived put a  kettle upon the stove and played Oes gafr eto on the harmonium….what is with that song and this place?

The house was built, from mud, straw, rolls of sackcloth, home–made bricks, odd lengths of timber dragged by oxen from Gaiman on the Indian trails through the bramble thickets. It’s still there. In fact, it’s all still there. In the yard is every implement ever used: wagons, reapers, rakes, threshing drums. In the barn: scythes, horse tackle, bolas…In the parlour: Indian saddle blankets, Rogers’s sextant, an early Singer sewing machine. All in order from first to last, awaiting some use that will never come again.

But its isn’t all still there…..the main house is in a sorry state of collapse. 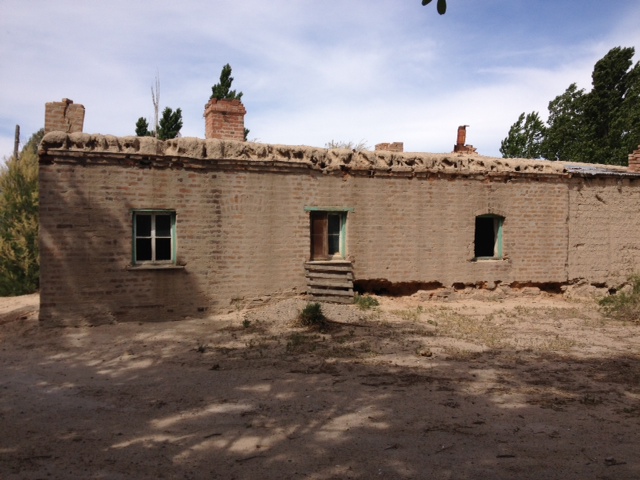 The interior stripped of all contents, even the door handles are gone. Apparently the distant relative who inherited the farm asked the government for assistance to preserve it but was refused, so in anger he ripped it all out. He is now dead and everything sadly dispersed. 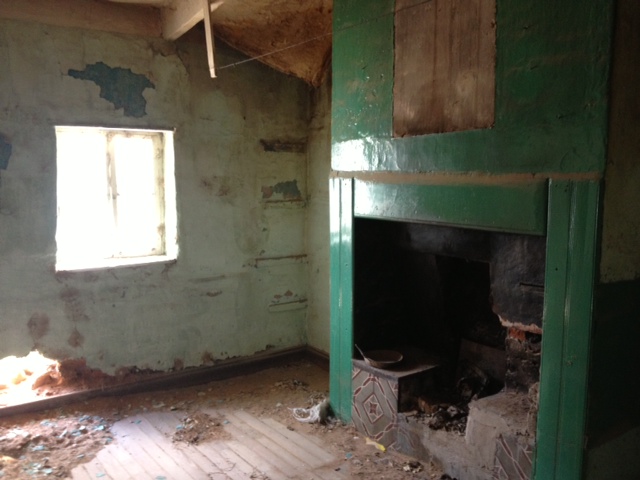 The only thing remaining were the heavy wooden wagons slowly rotting in the yard, a reminder of a long journey come to an end. The brothers had passed away 10 years ago. 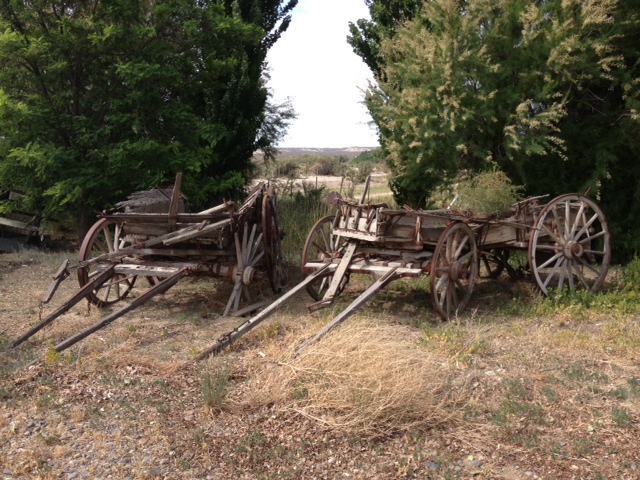 Just before they died, Tomi and Eddie appeared on television, sitting under the peach tree at Hyde Park. In quick succession, the Welsh interviewer asked them two rhetorical questions: What did they think Wales was like? Didn’t they want to go there? Their silence, their look of incomprehension was the true expression of the emigrant.

We spend a lifetime forgetting. And then suddenly close to the end we remember, And we recall all – but all – those other times and places. Tomi and Eddie were quite deaf. It’s the wind, you see, it’s the wind. 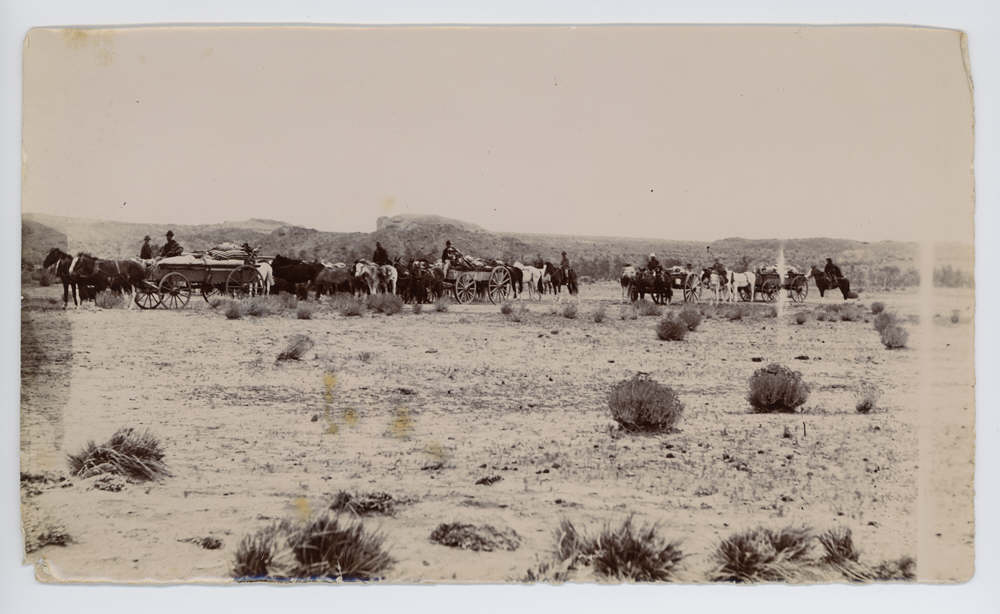 Onwards to Dolavon, which resembled the set of western, even more than Gaiman. 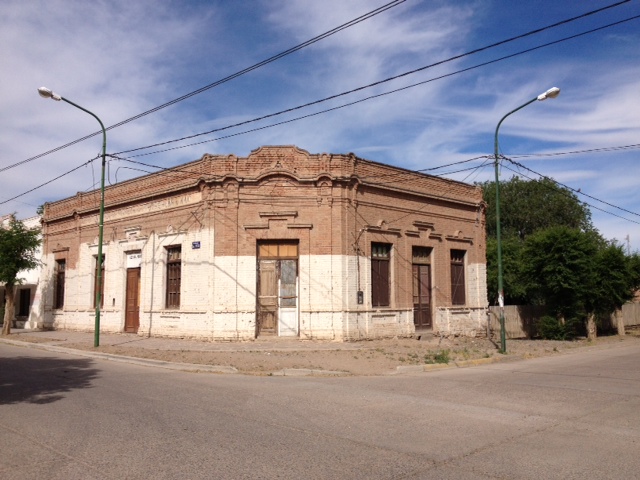 We spoke to some local ladies about the history of Dolavaon and they quickly whisked us away to meet further descendants from the Mimosa who promptly spread out a fine tea. 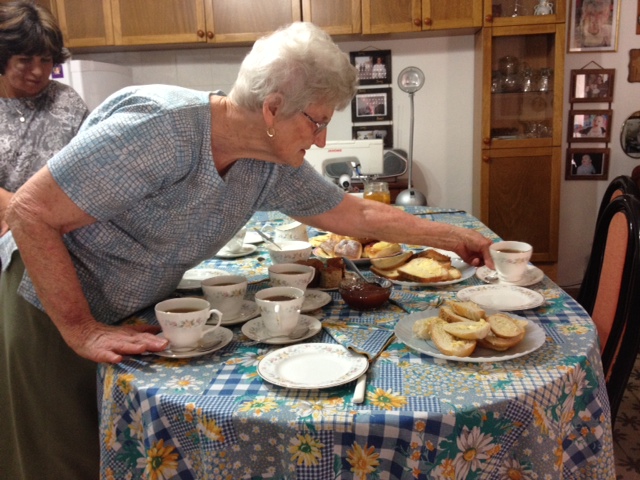 They spoke at length of the true origins of La Torta Negra / Cagen Ddu, a special black cake and a staple in every Welsh Tea, invented by the original settlers ( like Bara Brith but much much denser) to conserve in the climate…a new dessert for the desert!

Back to Plas y Coed and onto our favourite restaurant Gwalia Lân to try out a new Patagonian wine, a Malbec called Newen 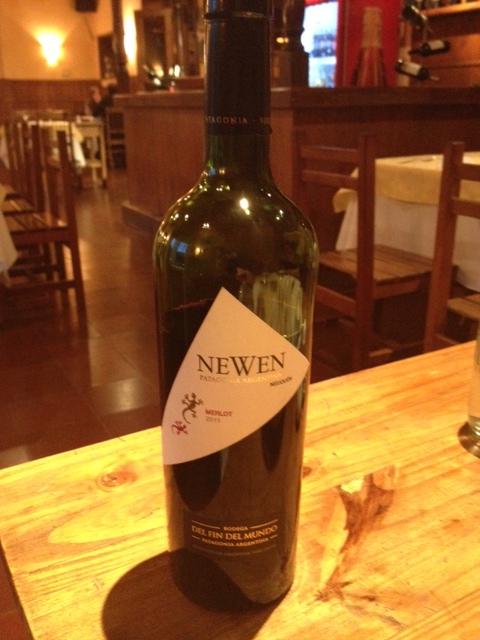 An Intense red with violet highlights with a rruity and spicy with hints of vanilla, coconut and tobacco nose with a very balanced palate, nice acidity, full-bodied. Soft tannins with a long finish, me gusta!

Patagonia is having a profound effect on me and its not because of the wine! I feel connected with these people and the landscape that they miraculously transformed.

It is truly an extraordinary place!