Today is Trevelin day ( the towns birthday) and a large crowd is already gathered around the main square as final microphone checks are being made, the VIP’s arrive suitably late, among them the mayor of Aberteifi (Cardigan) and her consort; Catrin and Graham Miles (who have been great company in the last few days), they climb the tribune and take position as guests of honour, smack, bang in the middle, we wave excitedly and they nod discreetly in return as their ceremonial chains glisten in the sunshine. 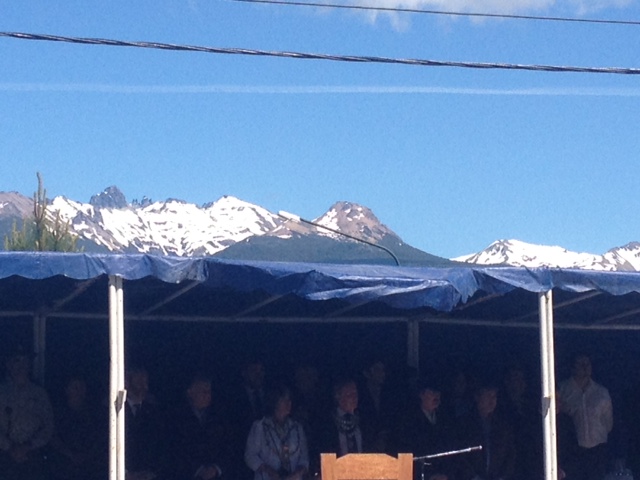 The mayor of Trevelin and the Governor of Chubut show great rhetoric and passion, and once again talk at length without the aid of notes, they speak about how the original Welsh community collaborated with the indigenous people and that, thanks to them the town still reflects that union today.

Gifts of shrubs are then given out to members of the community who have dedicated their lives to help others ( tiny elderly ladies receive them with shyness and great dignity) it’s such a lovely display of respect. Then, the parade begins, all the schools march by with flags; then the sports clubs where the kids carry huge trophies and cups with pride. 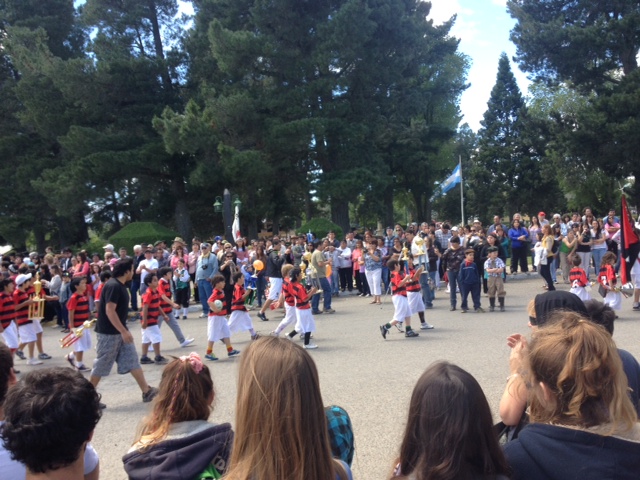 Then comes the most brilliant thing, all the services; the firemen, ambulance crews, police etc with sirens blaring even a rubbish collection cart and a mini bus, followed by tractors and a huge combine harvester, and finally the stars of the parade the Los Rifleros whom they announce individually, they all have surnames of eitherJones, Evans or Williams and this time they carry rifles. It’s quite an extraordinary scene, a celebratory display of the towns history, its foundation and how it works today and the people who make it function. A true commemoration of community, it’s such a simple idea and so real, there’s nothing likes this in Wales. The few village Carnivals that are left are tacky and irrelevant, people now throw themselves more into imported customs like Halloween or put more effort into donning fancy dress for a Friday night out on the town.

In the evening, we attend a choral concert which was great if a little long and at 10.30 we drive to The Green’s farm for an Asado, prepared with skill by their chef son Alan, the fatigue of the weekends many events quickly dispels and a second wind arrives with gusto. At 12.30 am a committee meeting is called to discuss the 2015 celebrations and I explain the project ( I must confess a little a bit worse for wear for the vino) but manage to muster some hwyl and they pledge their full support with a toast, I’n project ni / To our project! Which is marvellous and so heart warming… so we drink some more !

Despite the previous nights latish festivities and that its a bank holiday we are up early and off to Capel Bethel for the Gymynfa Ganu for 10.00 am. I haven’t been to one since I was a crwt. The service is run by various people from the congregation so has a nice, informal feeling, people take in turns to conduct, read psalms and say prayers and a wonderful solo given by Gaiman’s Billy Hughes who ‘s rendition of Amazing Grace in Welsh brings a tear to many an eye, including mine, his voice is so pure and he delivers with such conviction, especially the line Efo hiraeth mawr am ein gwlad bach ni / With immense longing for our small country , a place where many of the congregation have never been and never will venture, they have created their own version of Wales in this very big land and within their hearts.

Emyn or Andes / A hymn from the Andes

Between the hymn singing , small stories, interesting facts are given; one, an explanation of the chapels original design, that the pulpit faces the open doors towards the mountains to generate inspiration and appreciation of its creation. Appropriately whilst singing the last hymn Cwm Rhondda we walk out into the open air and face the snow capped Andes. It sure is a rousing moment. 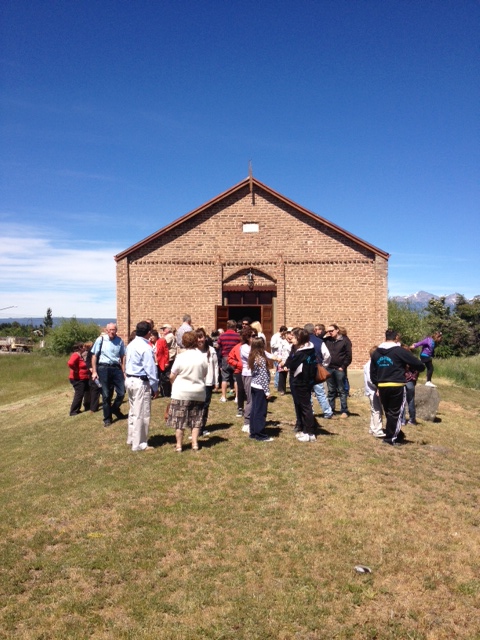 We then chat away with the congregation, many of which we now now quite well and we feel like one of the locals, we are even invited to share some mate, a post service ritual. Our first taste, which lets say is an acquired one. 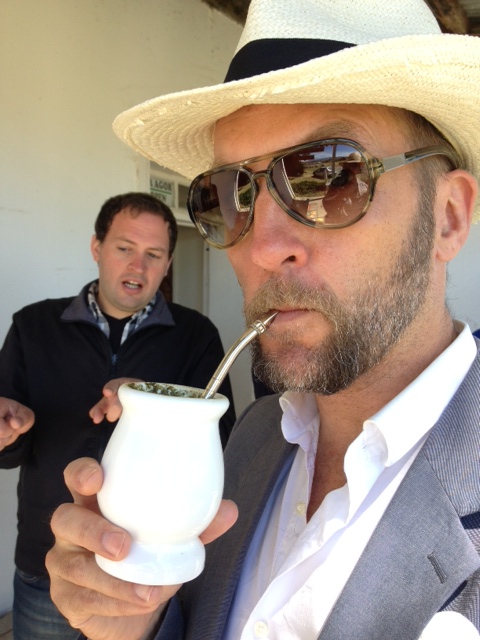 Margarita then invites us to see the farm in daylight and she drives us to see their very own Gorsedd stone circle which they built themselves and takes pride of place on a patch of their land that overlooks their family cemetery which is also within their acreage. The position is gobsmacking. 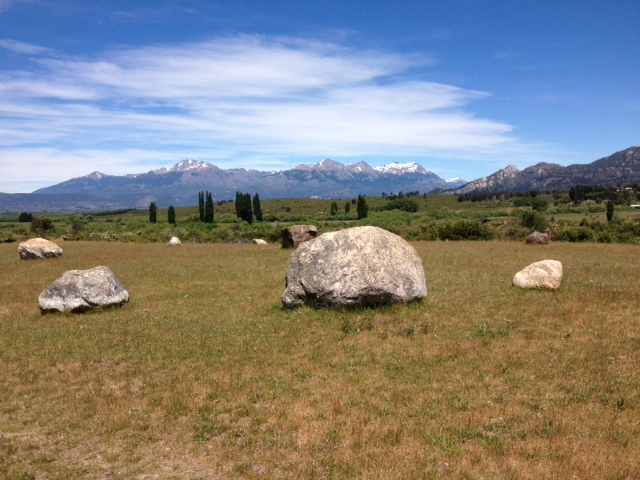 We then sit with the family and share the previous nights Asado left overs, which is even more delicious cold, we are made to feel so welcome, it’s like having lunch with the Waltons…Waltons Y Wladfa… wonderful! 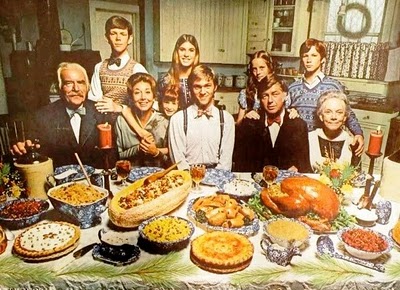