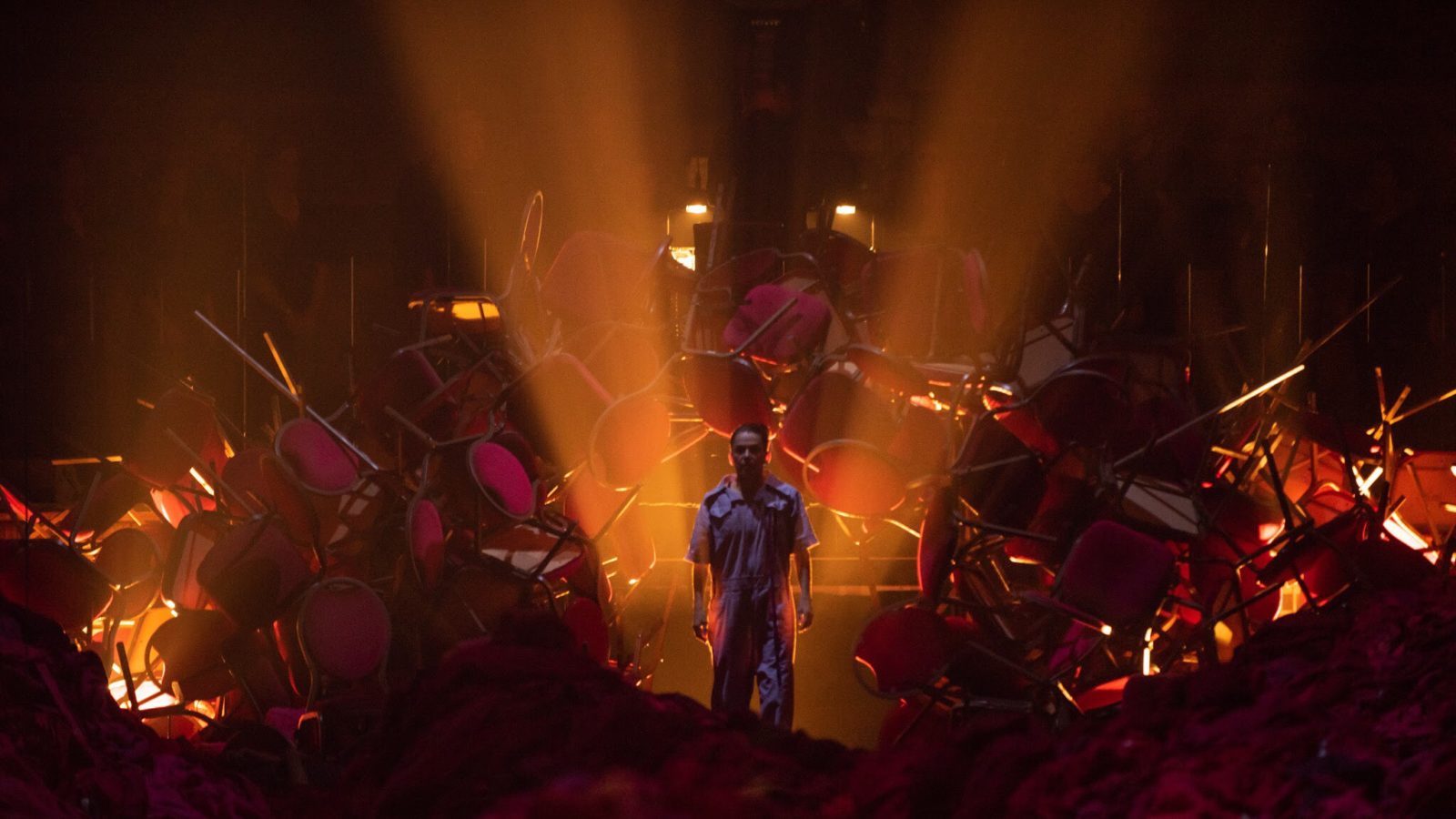 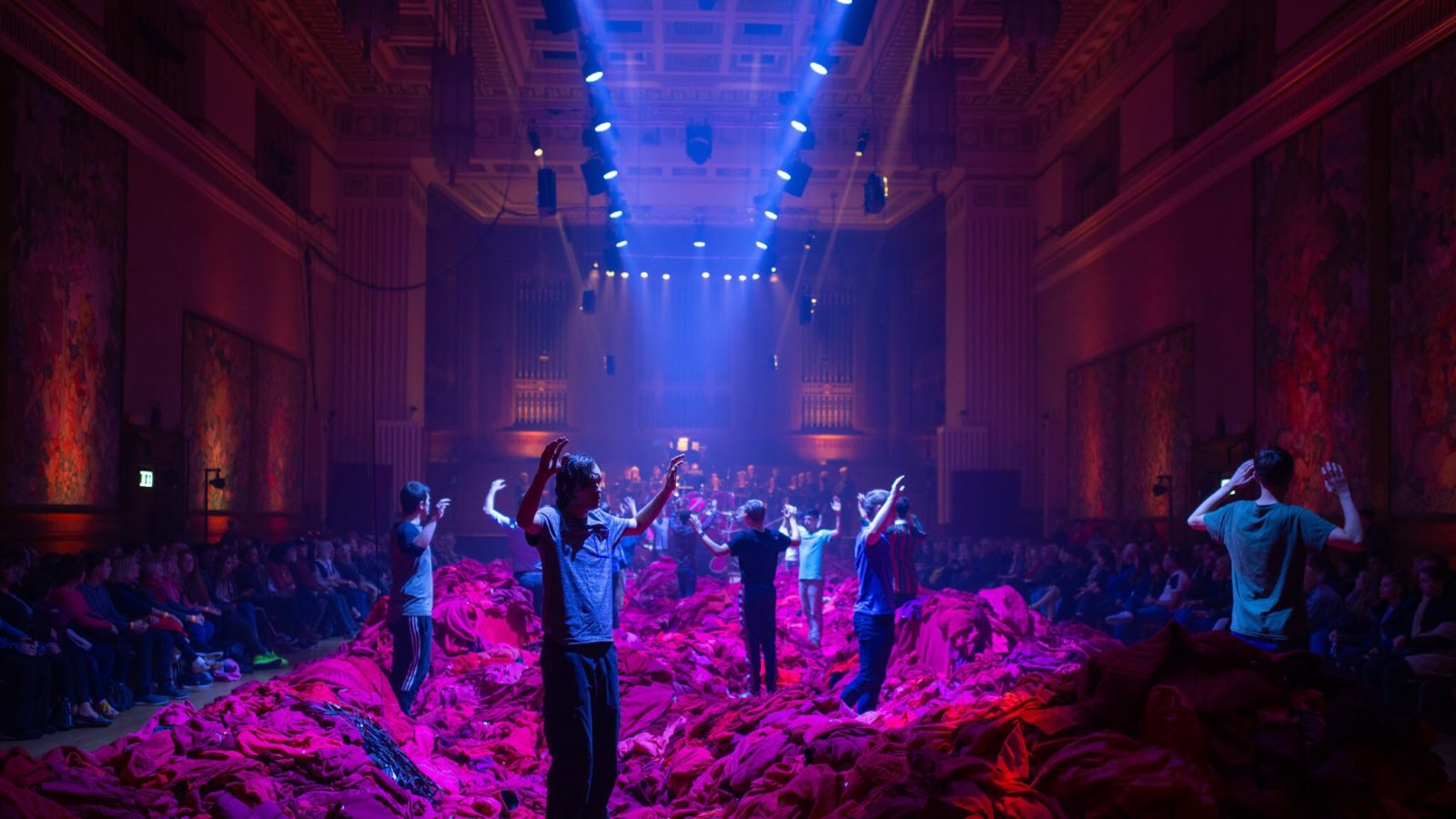 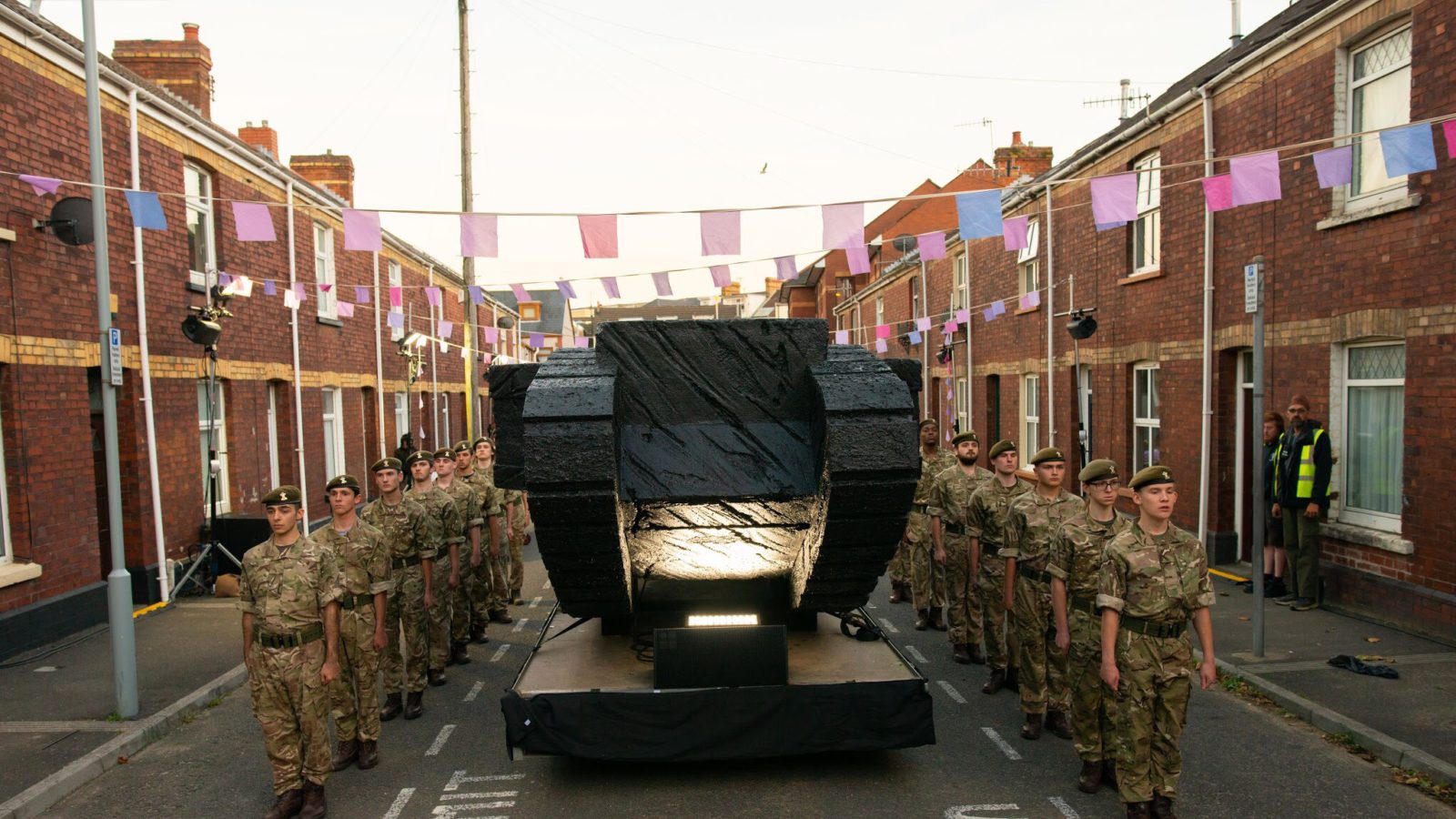 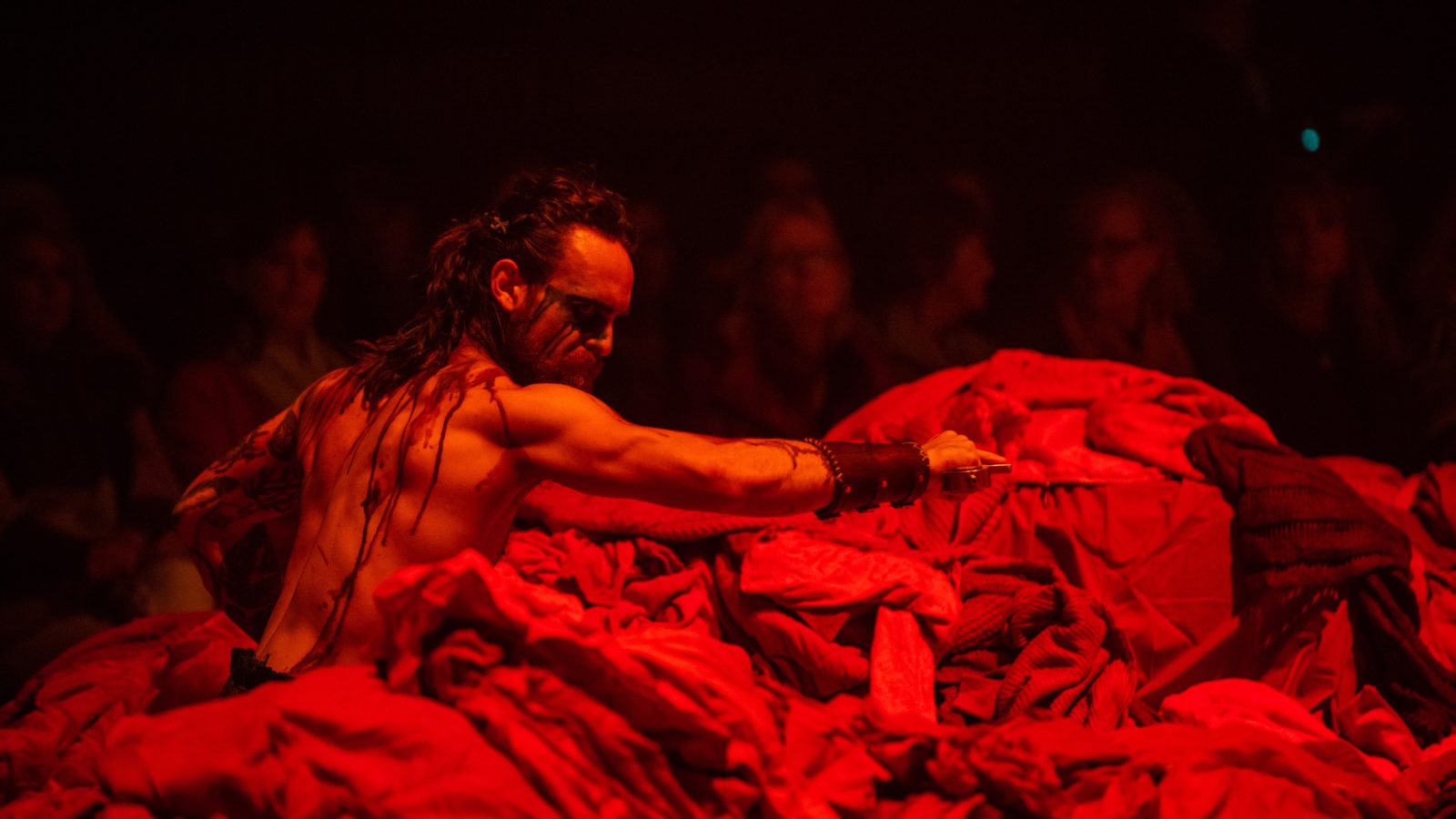 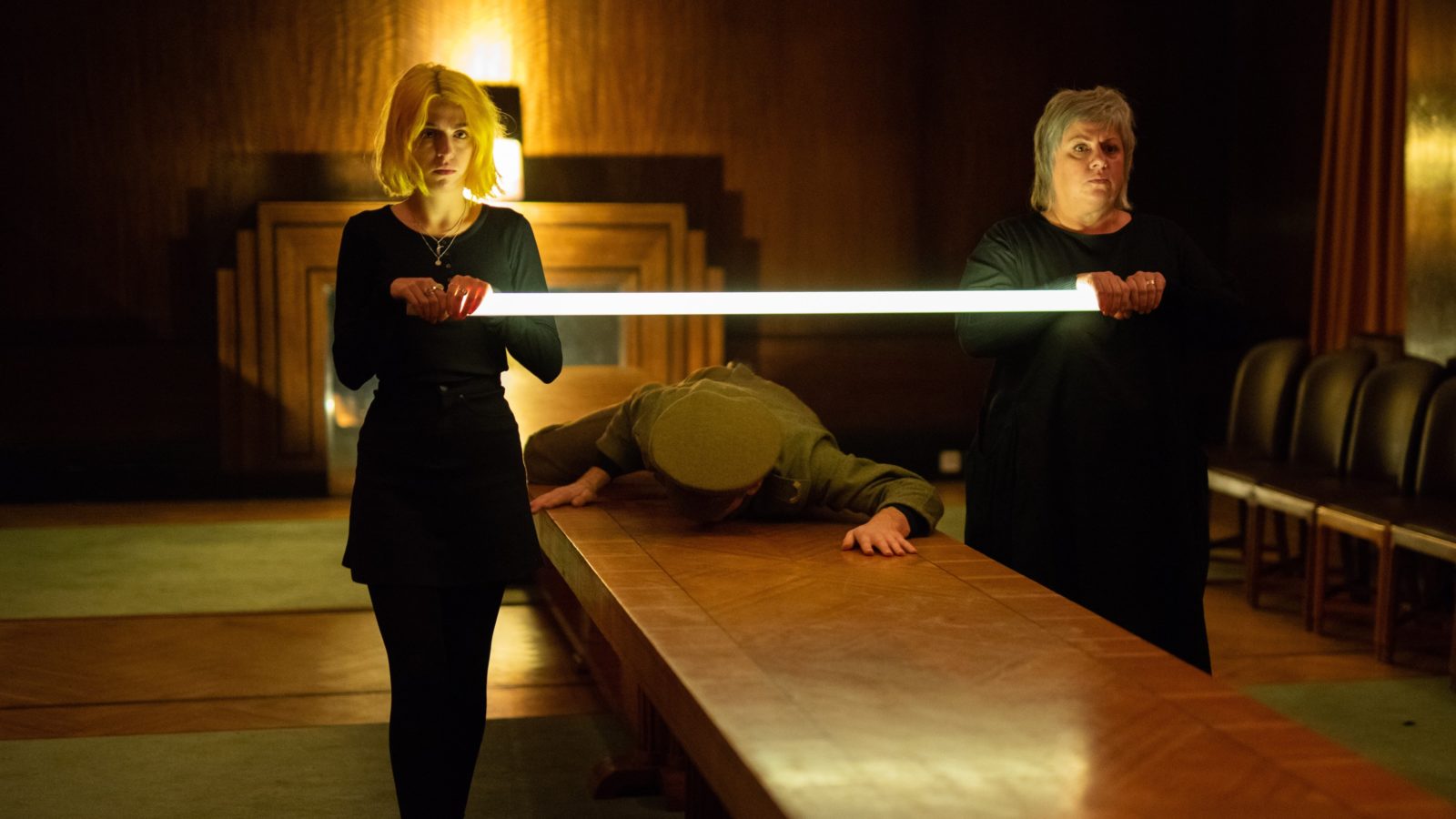 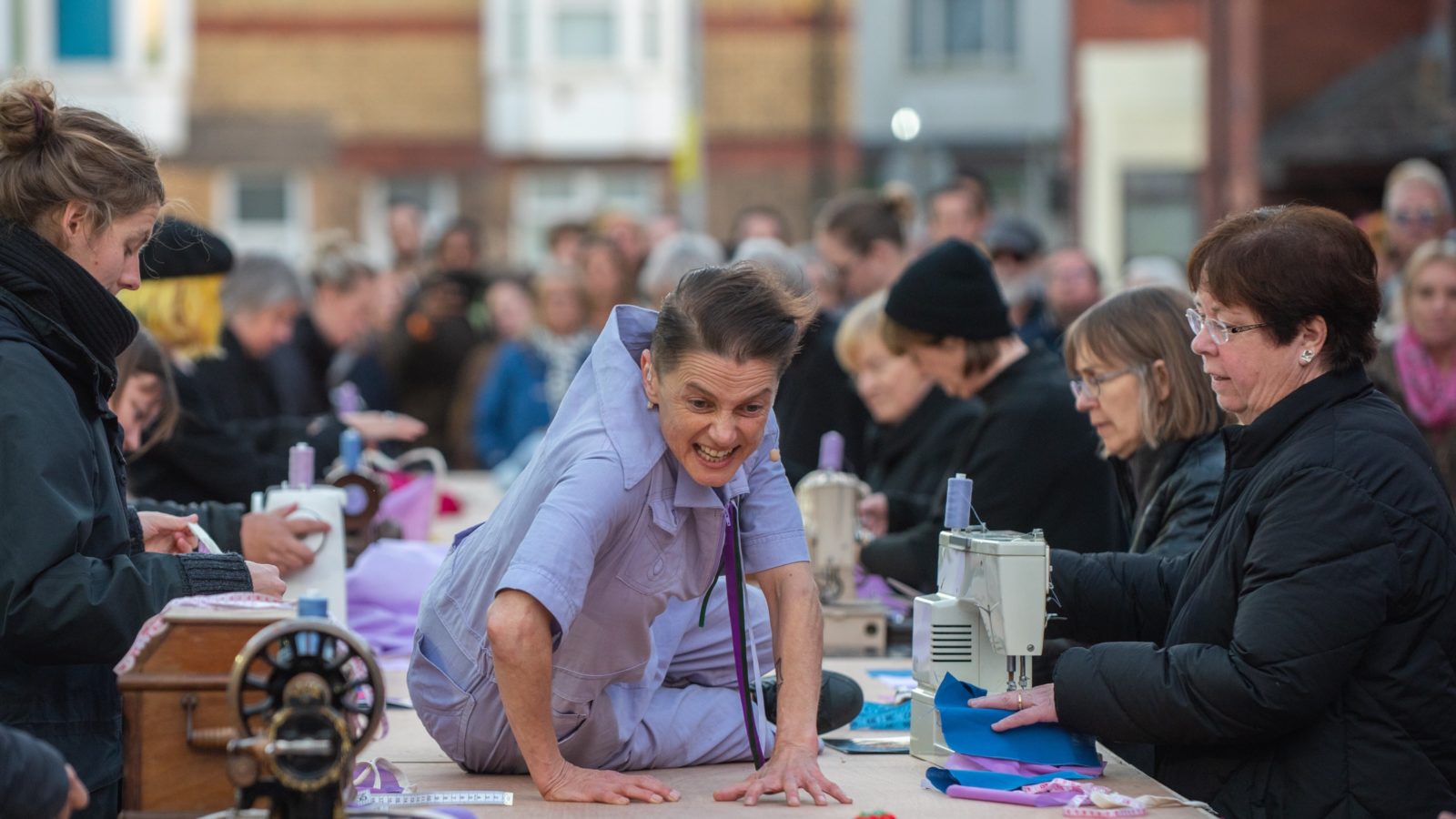 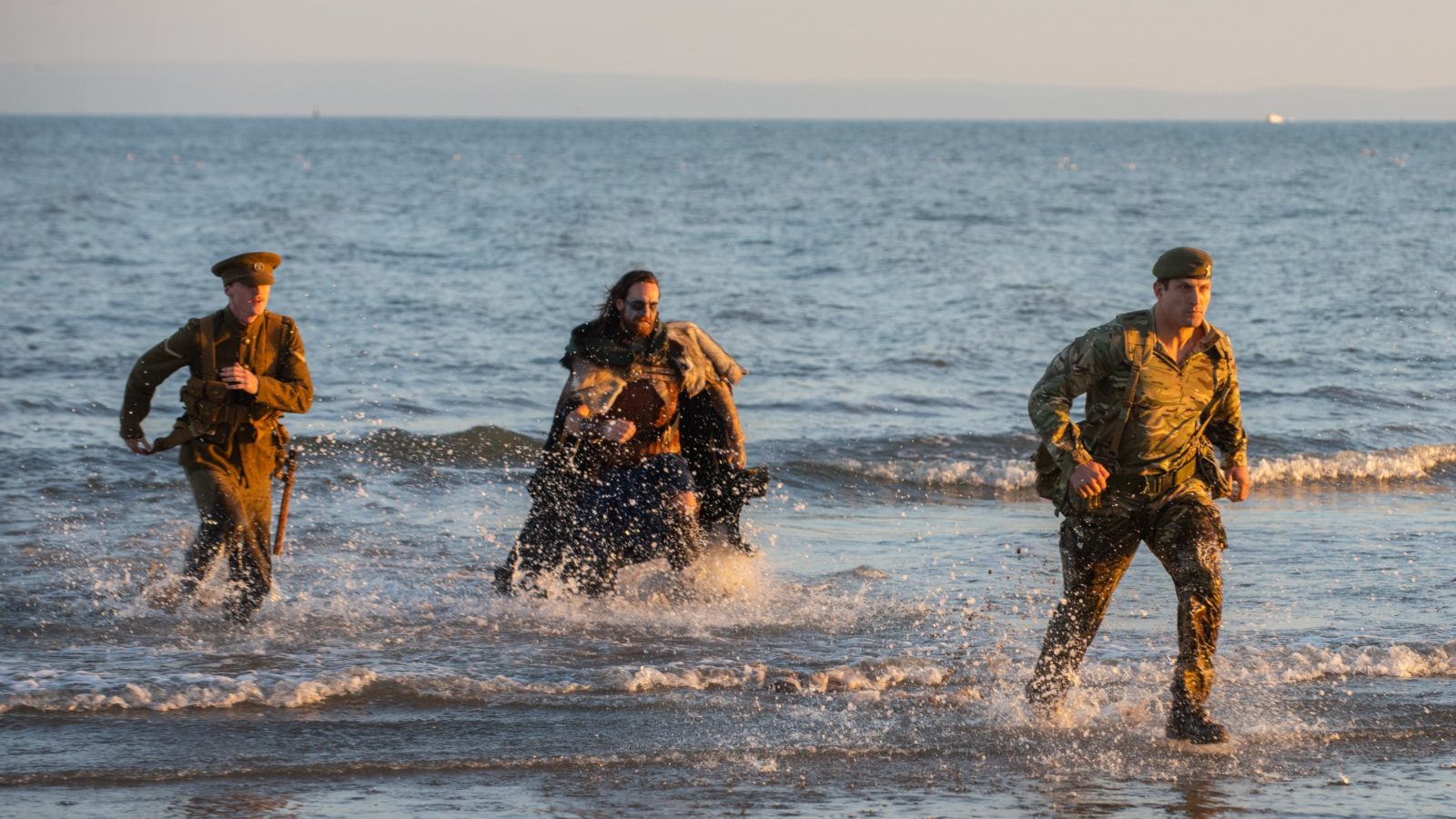 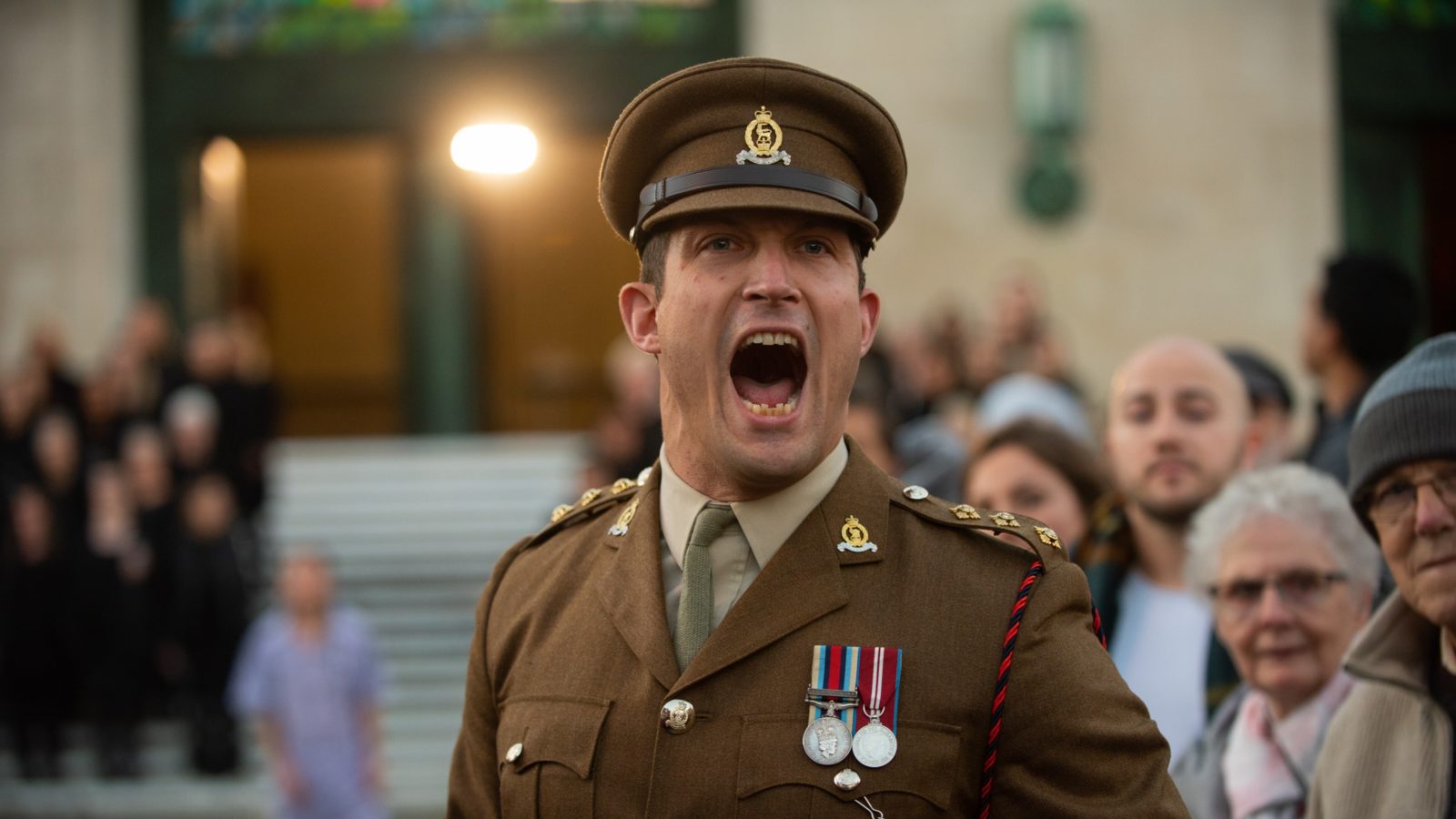 Now The Hero / Nawr Yr Arwr was a promenade, multi sensory experience, where the audience were guided over two and half hours from the stunning open expanse of Swansea beach to the intimate surroundings of The Brangwyn Hall.

Rees’s bold production through three interweaving stories of war were brought to life with a counterpoint of peace and hope. He took his inspiration from an ancient epic poem, an intimate portrait of a serving Swansea soldier and the British Empire Panels by Sir Frank Brangwyn.

At the heart the performance was a Requiem with a libretto by BAFTA-winning writer Owen Sheers and sung by Polyphony, Stephen Layton’s world famous choir. The music was composed by Owen Morgan Roberts, realised from an original collaboration with the late, Oscar-nominated Jóhann Jóhannsson.

Now The Hero / Nawr Yr Arwr was a major part of the final year’s programme for 14-18 NOW, the UK’s arts commission for the First World War centenary – and also launched  the Swansea International Festival. Together with the associated mini festival Now for More it involved 228 artists, 137 community performers, over 300 volunteers, 25 delivery partners and drew 18,000 visitors.

Breathtaking requiem for the fallen

He paints with his land. And all the layers of time , beautiful and brilliant