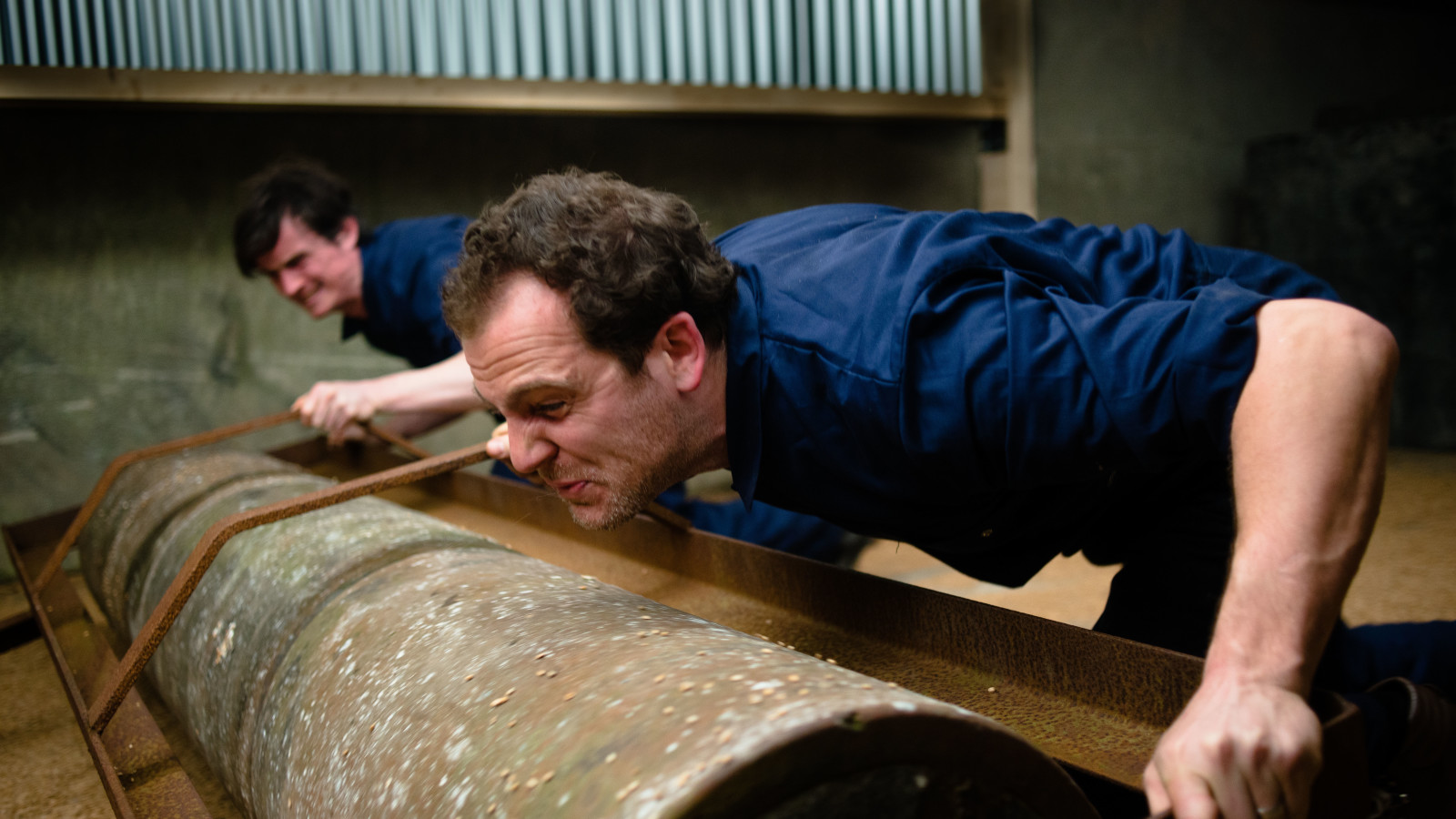 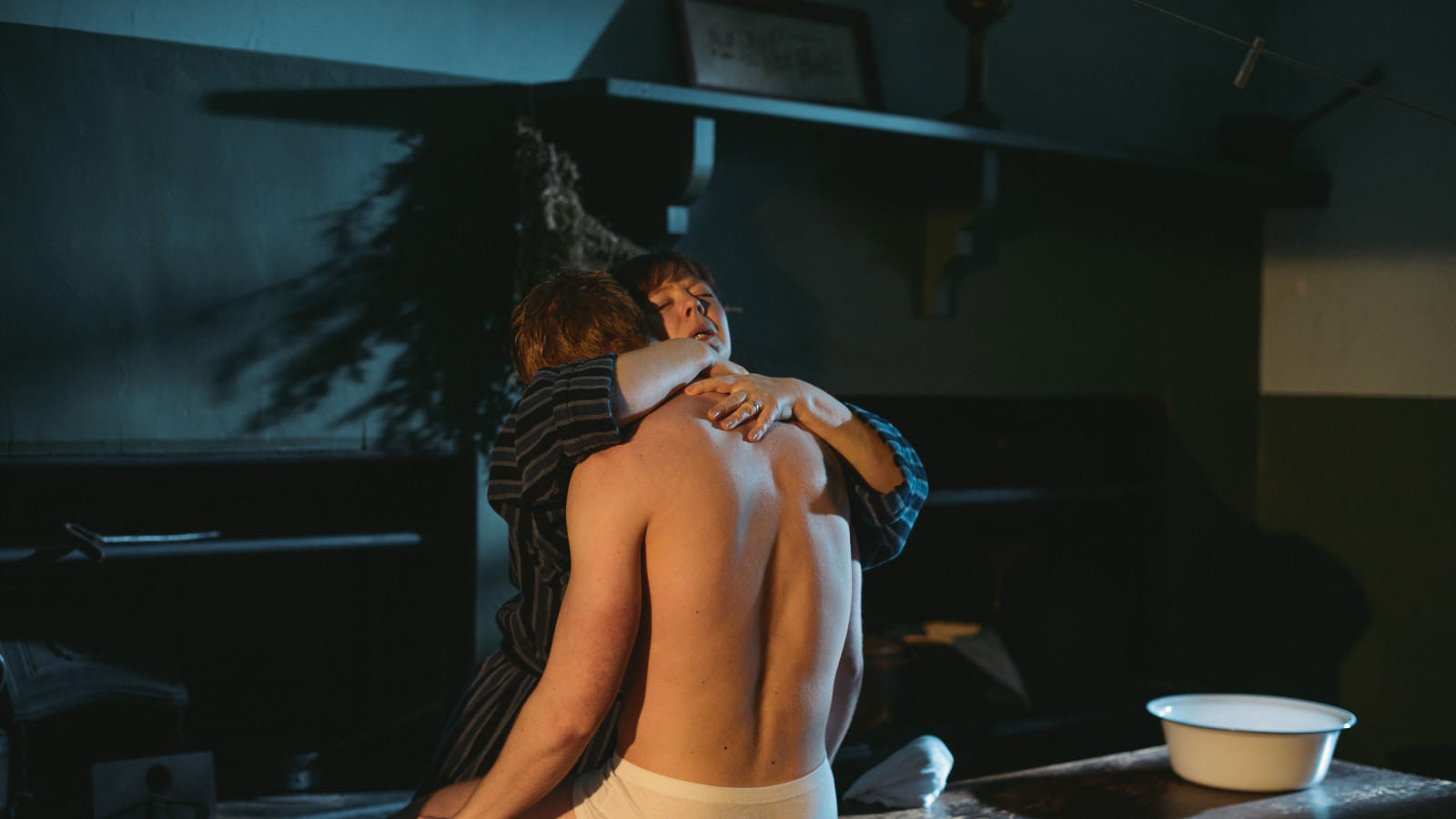 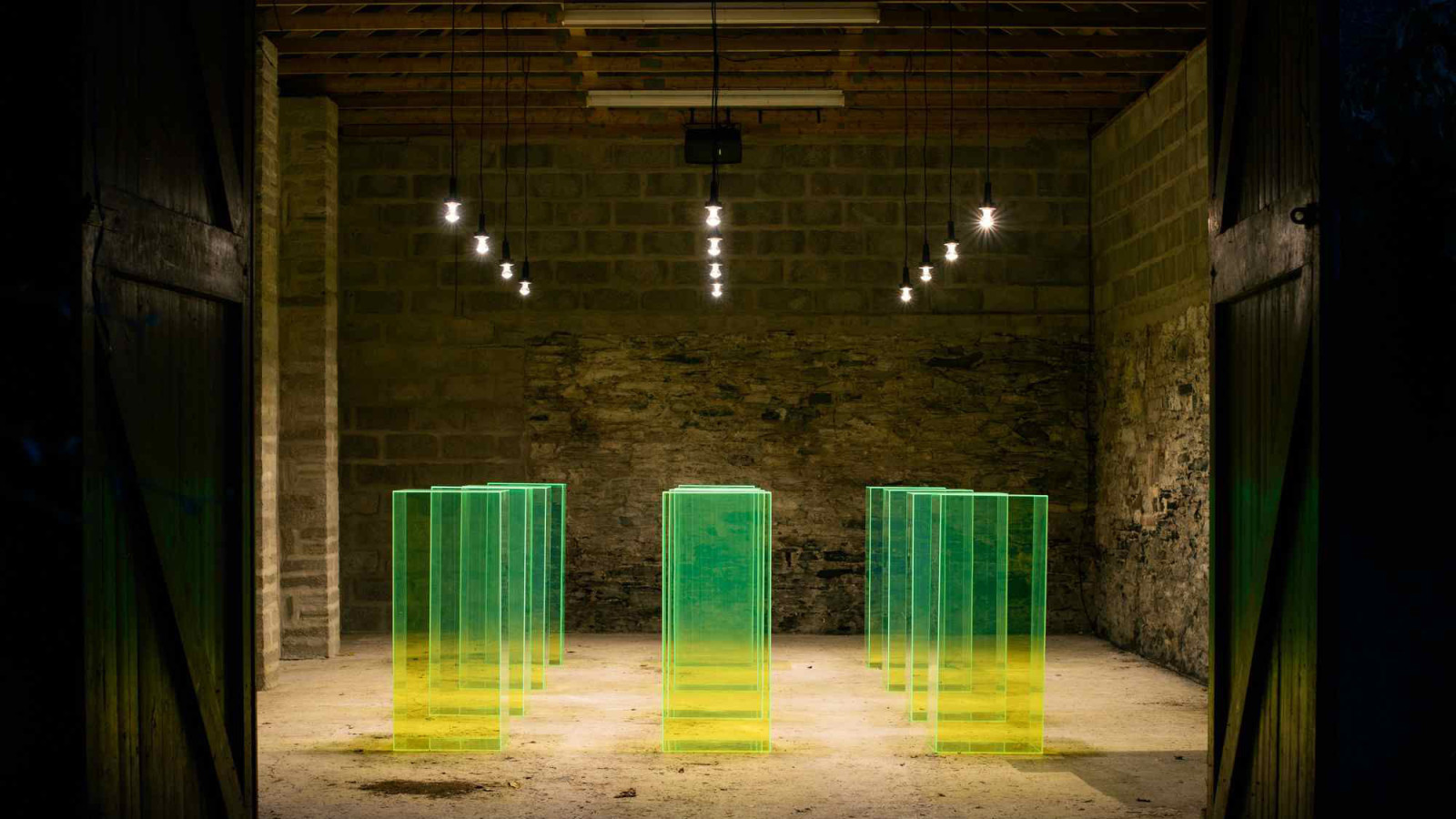 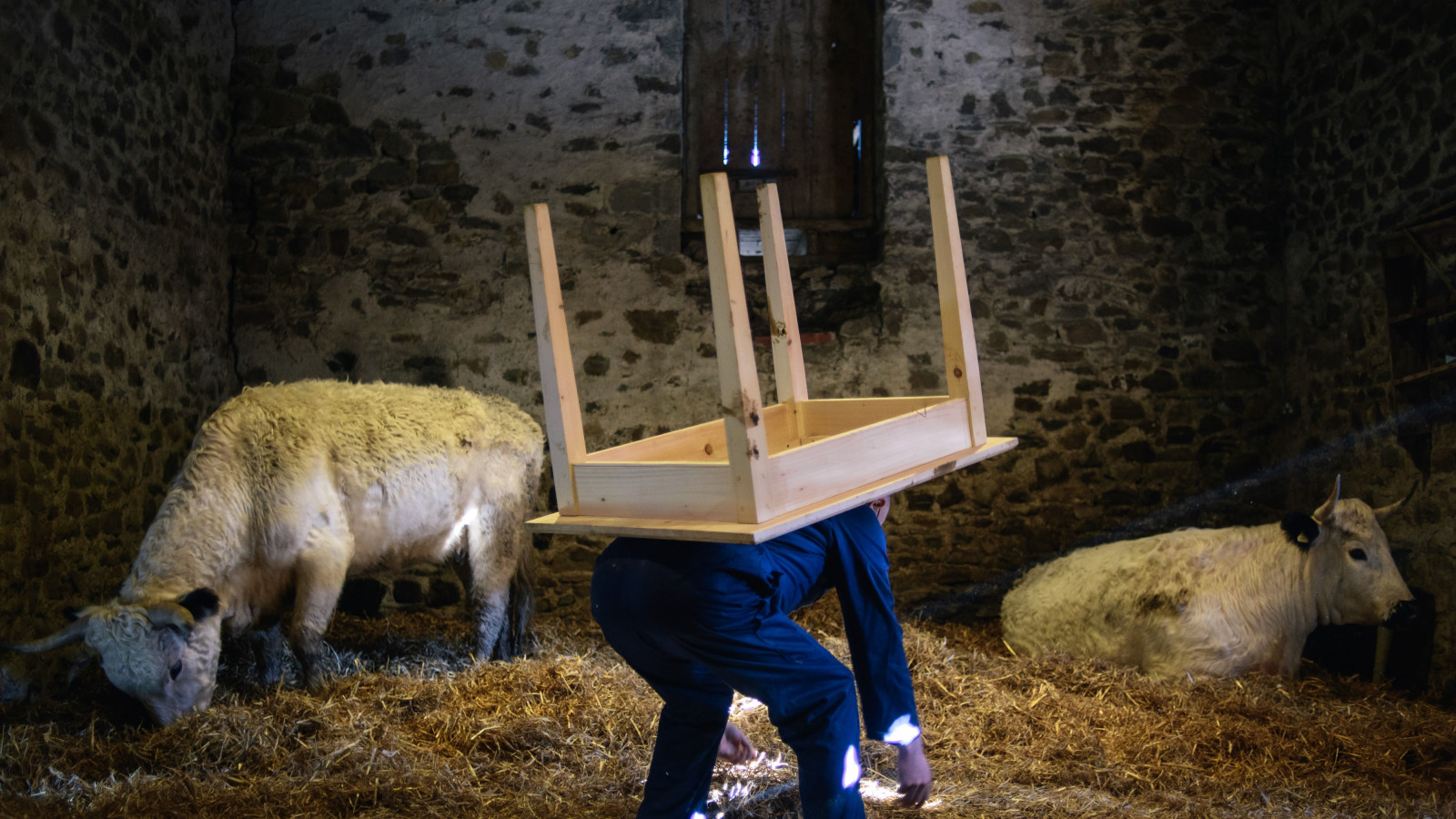 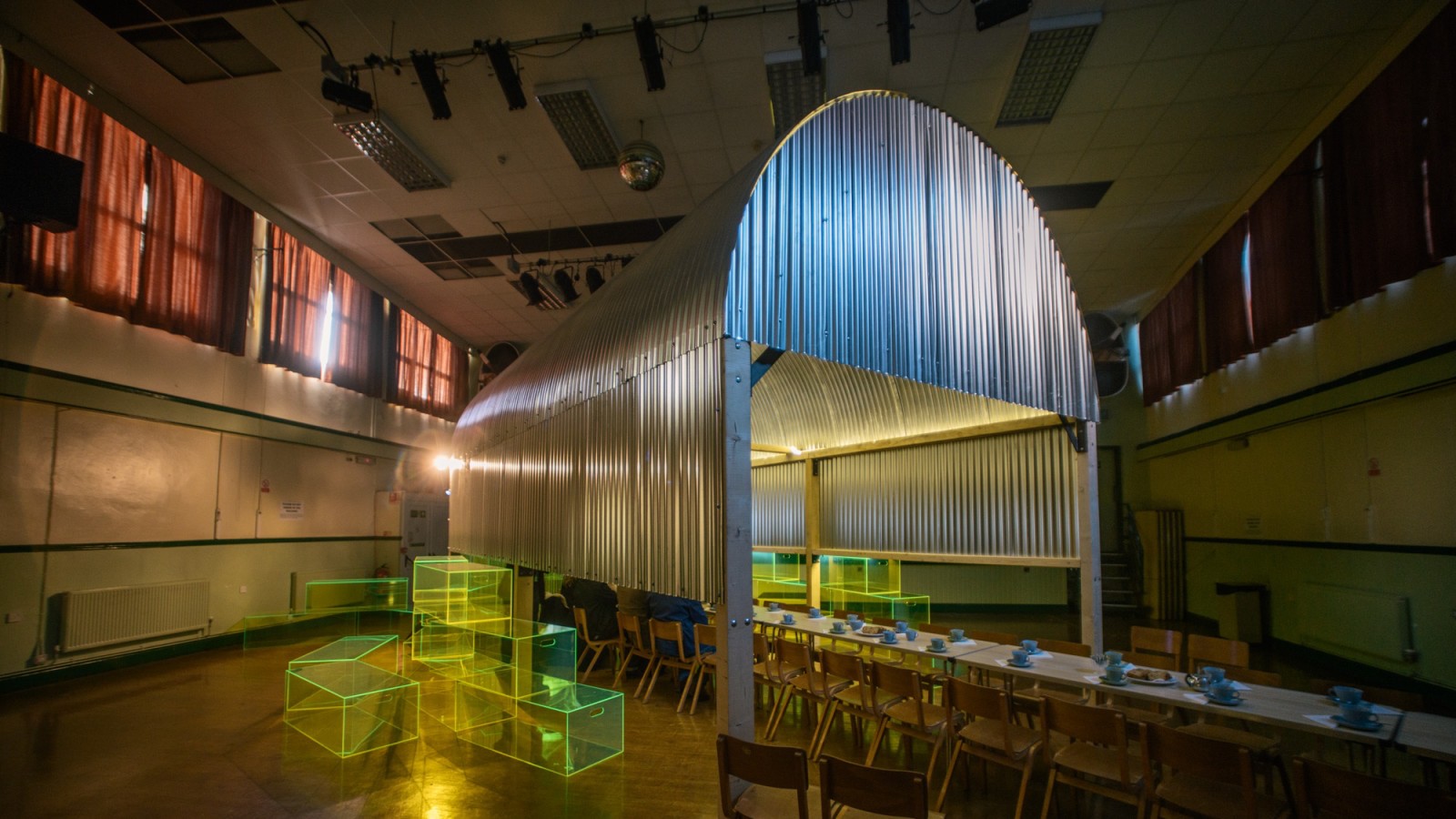 A family is forced to decide the future of their farm following the sudden illness of the father. Will one of his children step forward to keep the family tradition alive? What is the relationship of the younger generation with the land? What is lost when people stop farming and leave the countryside? The fictional family was portrayed by a group of well known local actors which the audience would encounter via intimate scenes sited throughout the museum. The narrative was punctuated with installations that featured films by contemporary artists responding to the fundamentals of farming which were created as part of a residency during the immersion period.

Tir Sir Gâr was a unique event by Theatr Genedlaethol Cymru that offered an alternative contemporary rural vision during April 2013. It integrated 2 sites in Carmarthen – the County museum in Abergwili and St Peter’s Civic Hall in the centre of town.The latter under the title SEIAT  was a series of free talks held in a shiny Dutch barn in order to investigate the projects main themes. Tir Sir Gâr transformed into a total trans media production as it spawned a drama version entitled Tir and a documentary called Trysor Sir Gar fronted by yours truly , both produced by Joio for S4C as part of their CYNEFIN ( Habitat ) season which was in turn inspired by Tir Sir Gâr.

Intercut with video installations that offer sideways meditations on the rural way of life and traditions, this beautifully acted performance is a love letter to the land and those who farm it. There are choirs in the museum’s chapel, an exquisite laying-out scene in an old kitchen, and an abundance of poetry both visual and aural. Even if, like me, you don’t speak Welsh, it is perfectly understandable: love of land and family, plus blood, sweat and tears, are a universal language