We head off for a spin around the surrounding landscape and whilst passing a huge lake I spot a curiously shaped contemporary like building between the trees and I realise what it is , it’s a memorial chapel for Capel Celyn now submerged at the bottom of the lake, along with the rest of village. In the 60’s a highly controversial action took place, the village inhabitants, all 70 of them were forced to abandoned their homes as the whole valley was going to be drowned via a dam, built in order to provide water for Liverpool.

In 1956, a private bill sponsored by Liverpool City Council was brought before Parliament to develop a water reservoir from the Tryweryn Valley. The development would include the flooding of Capel Celyn. By obtaining authority via an Act of Parliament, Liverpool City Council would not require planning consent from the relevant Welsh local authorities. This, together with the fact that the village was one of the last Welsh-only speaking communities, ensured that the proposals became deeply controversial. Thirty-five out of thirty-six Welsh Members of Parliament (MPs) opposed the bill (the other did not vote), but in 1957 it was passed. The members of the community waged an eight-year effort, ultimately unsuccessful, to prevent the destruction of their homes.

When the valley was flooded in 1965, the village and its buildings, including the post office, the school, and a chapel with cemetery, were all lost. Twelve houses and farms were submerged, and 48 people of the 67 who lived in the valley lost their homes. In all some 800 acres (3.2 km²; 320 ha) of land were submerged. Llyn Celyn, otherwise known as the Tryweryn Reservoir, was formed. Many of the stones from the original chapel were re-used in the construction of the new Memorial Chapel.

This was a forced exodus and the migration to Patagonia a chosen one, there’s a link here,
I can feel it but can’t quite understand it yet , I need to explore it further…..

It’s something about the water and the chapel that’s engulfed in 70 million litres of water.

We drive through Ffestiniog, another place where a few of the original settlers came from, but we don’t stop as it is of no immediate interest ….We snake along the horse shoe pass and are overwhelmed by the landscape, we see a sign that says not suitable for semi large vehicles so of course we head on …..at the end if of the road we come across an incredibly lush valley and some of the most idyllic set farms that I’ve ever seen, we venture forth and come to a village called Cwm Pontmachno , with its many rows of tiny terraced cottages…clearly it’s a village built by slate and there we see the majestic grey silhouette of the quarry and its ruins beckoning us, omnipresent to this day.

We climb towards it and it feels like approaching an ancient monument, like Machu Piccho in Peru, Penmachno does after all have a certain antediluvian allure to it.
Normally slate is heavy, flat and dull but today in the vibrant sunshine the metamorphic rock is shining, shimmering, it’s like walking into an amphitheatre with the thousands of audience holding shards of mirror, refracting the light. Once again Mike Pierson’ quote emerges .

However arduous the journey, however unyielding the wagon springs, always take a mirror. For it shows you where you are not, looking back from a world where no sweat bleaches your hat band, where no dust etches your skin, where no relentless roar deafens your ears….

I film Sian standing on the quarry’s edge, holding a small piece of slate and dancing the light back into the lens.

I discover that Penmachno is renowned as the home of Bishop William Morgan (1545–1604), who was one of the leading scholars of his day, having mastered Hebrew in addition to Latin and Greek. He was the first to translate the Bible in its entirety into Welsh. 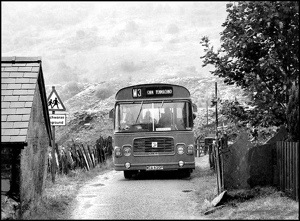 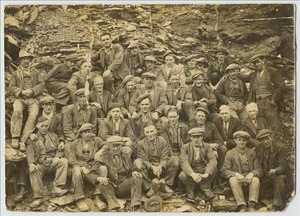