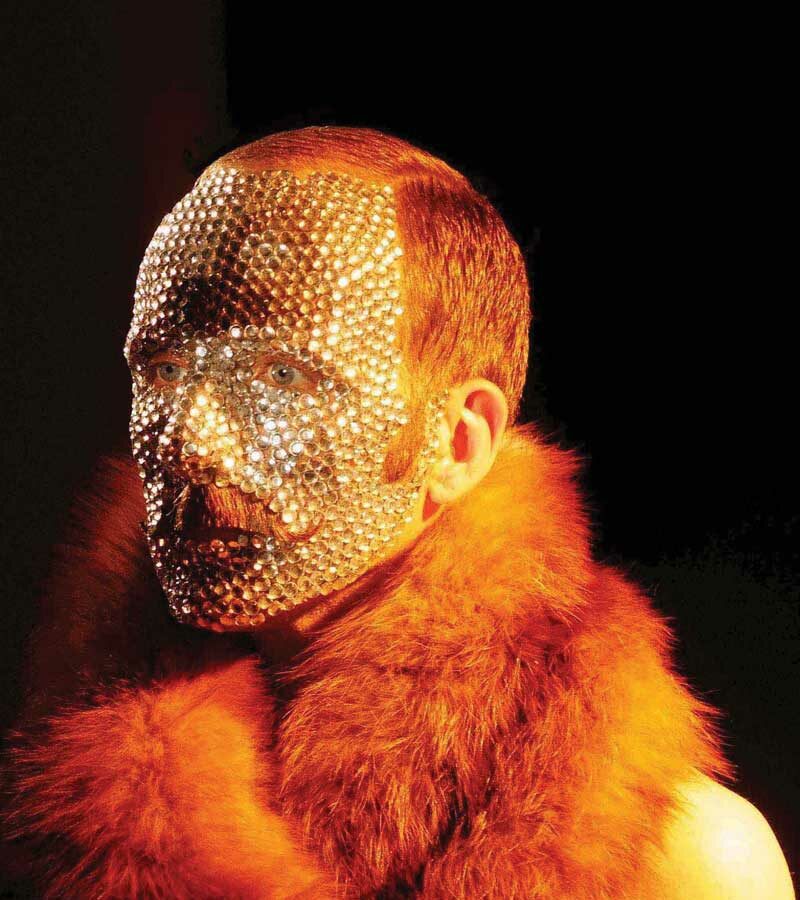 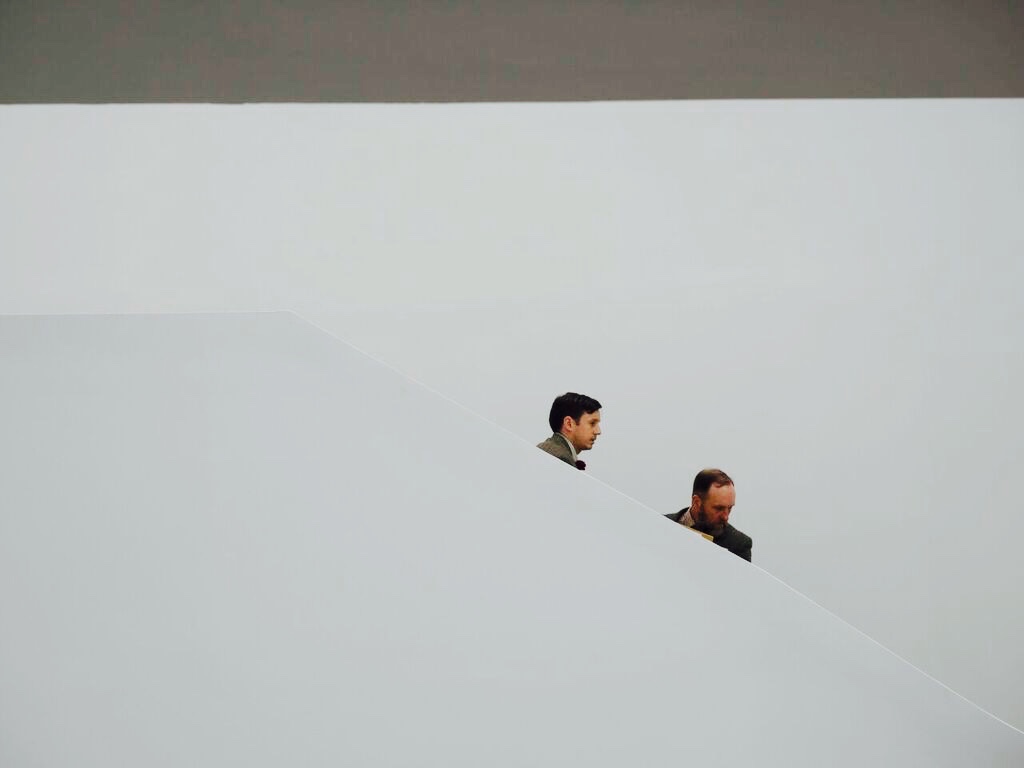 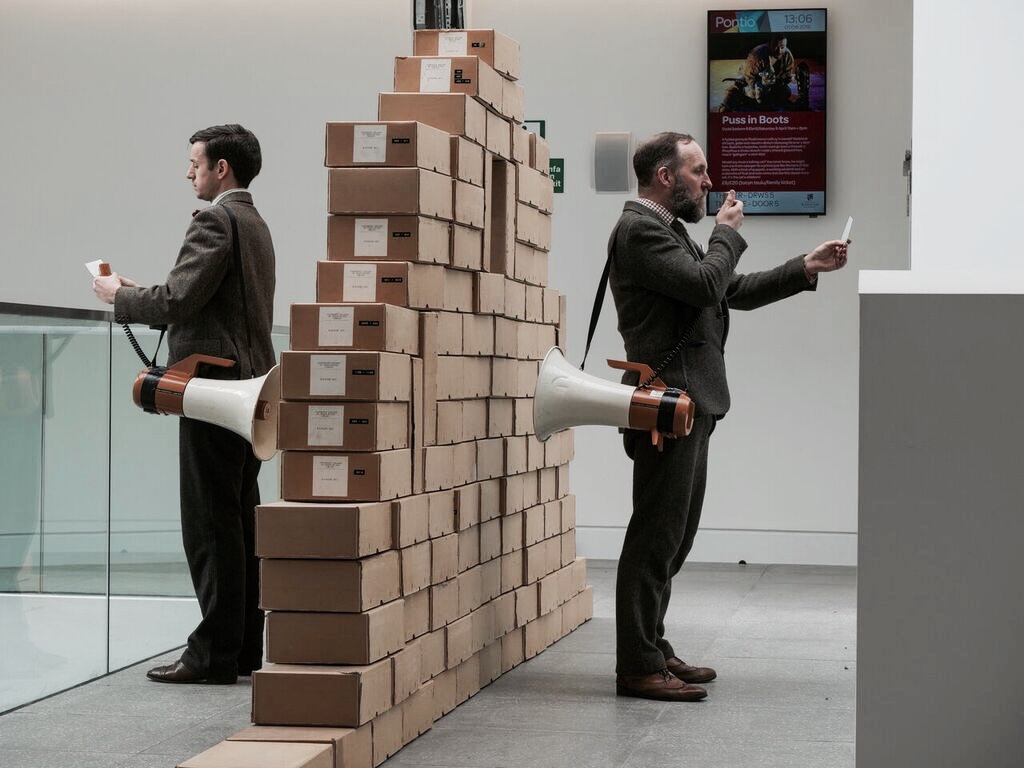 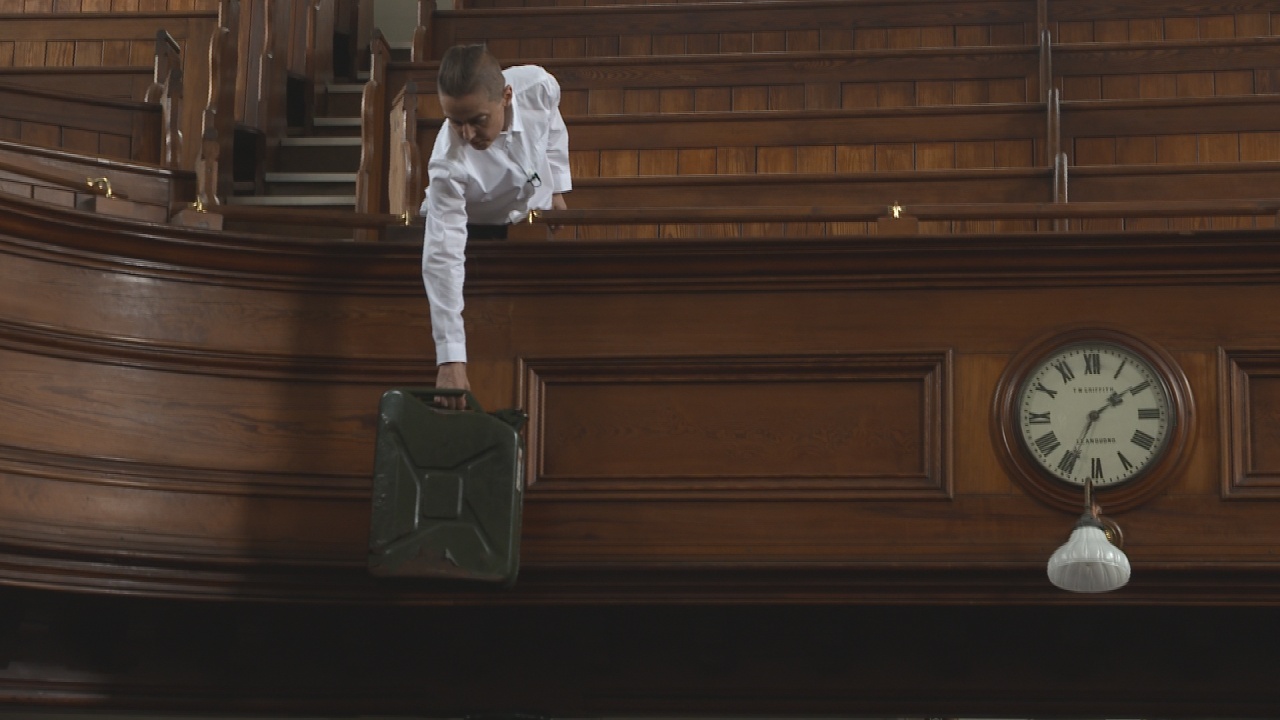 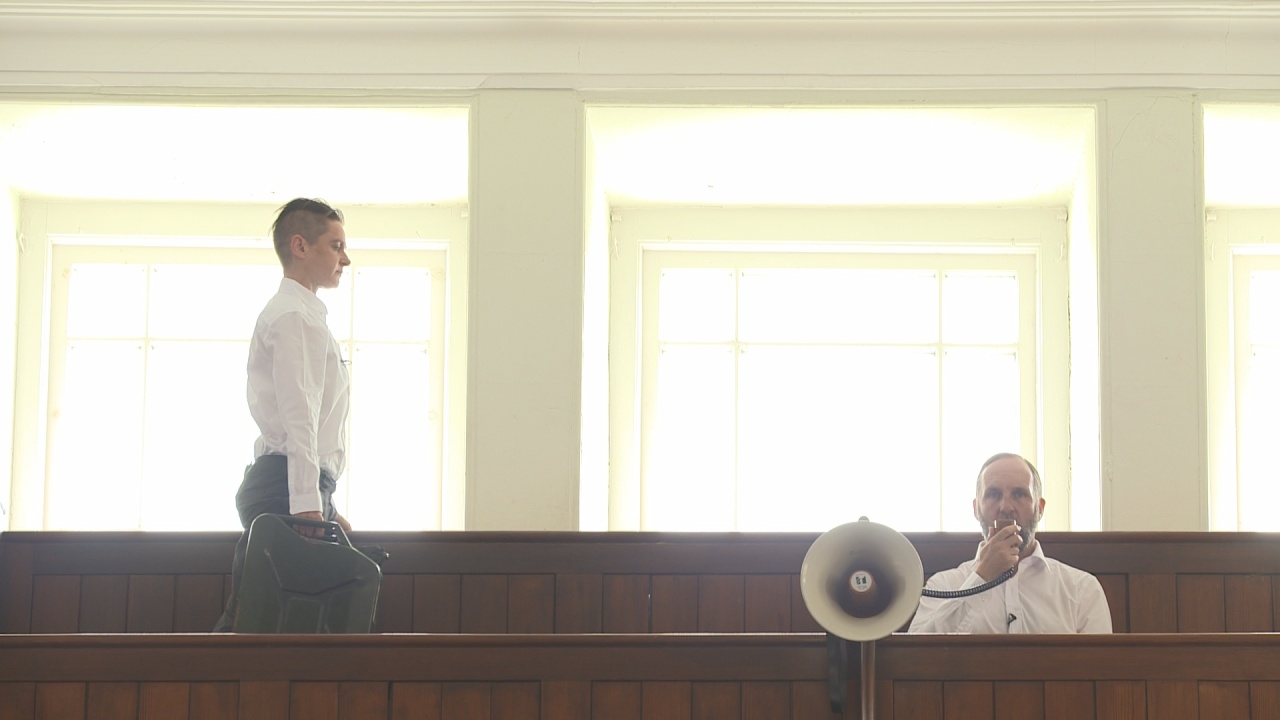 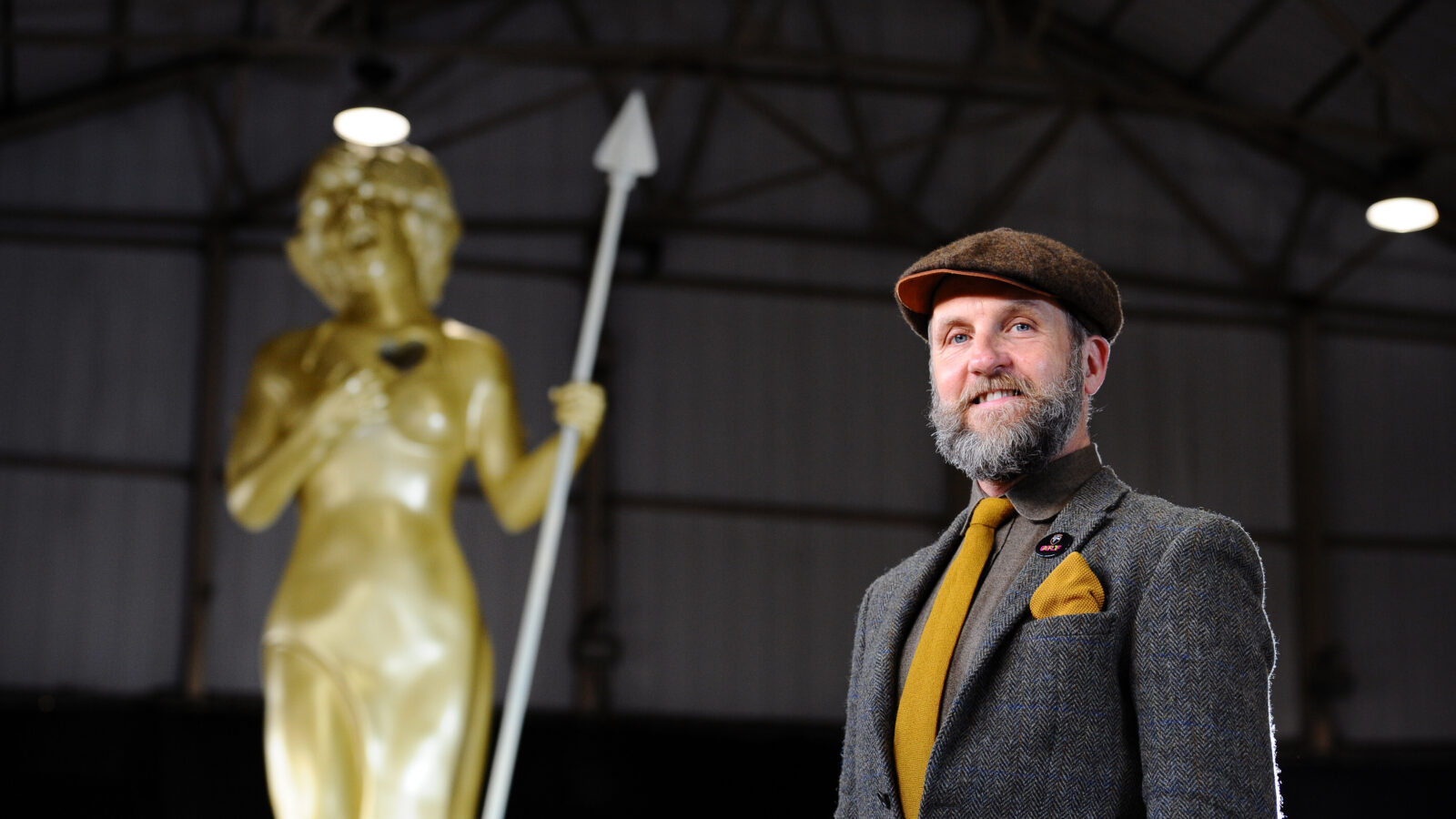 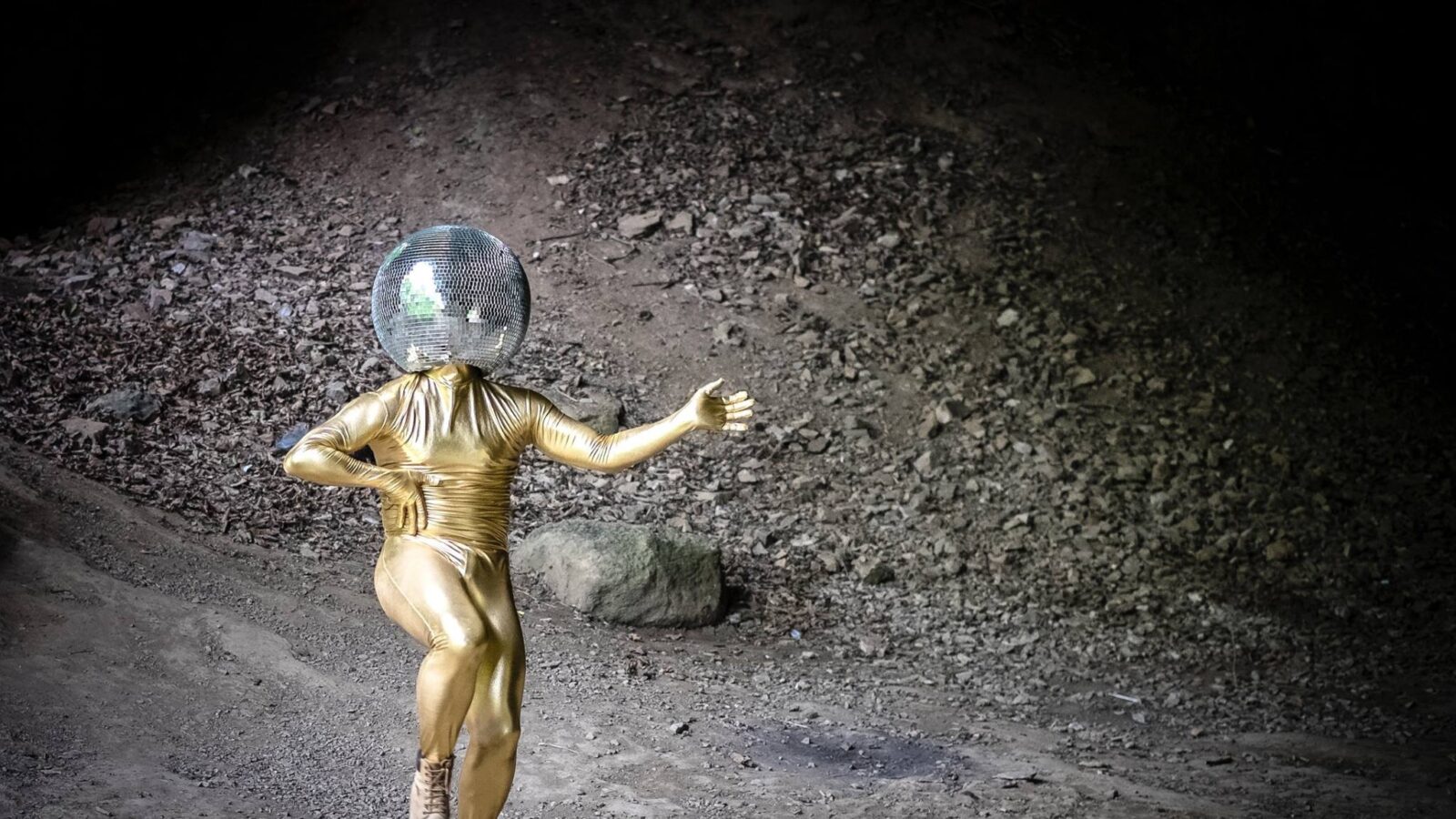 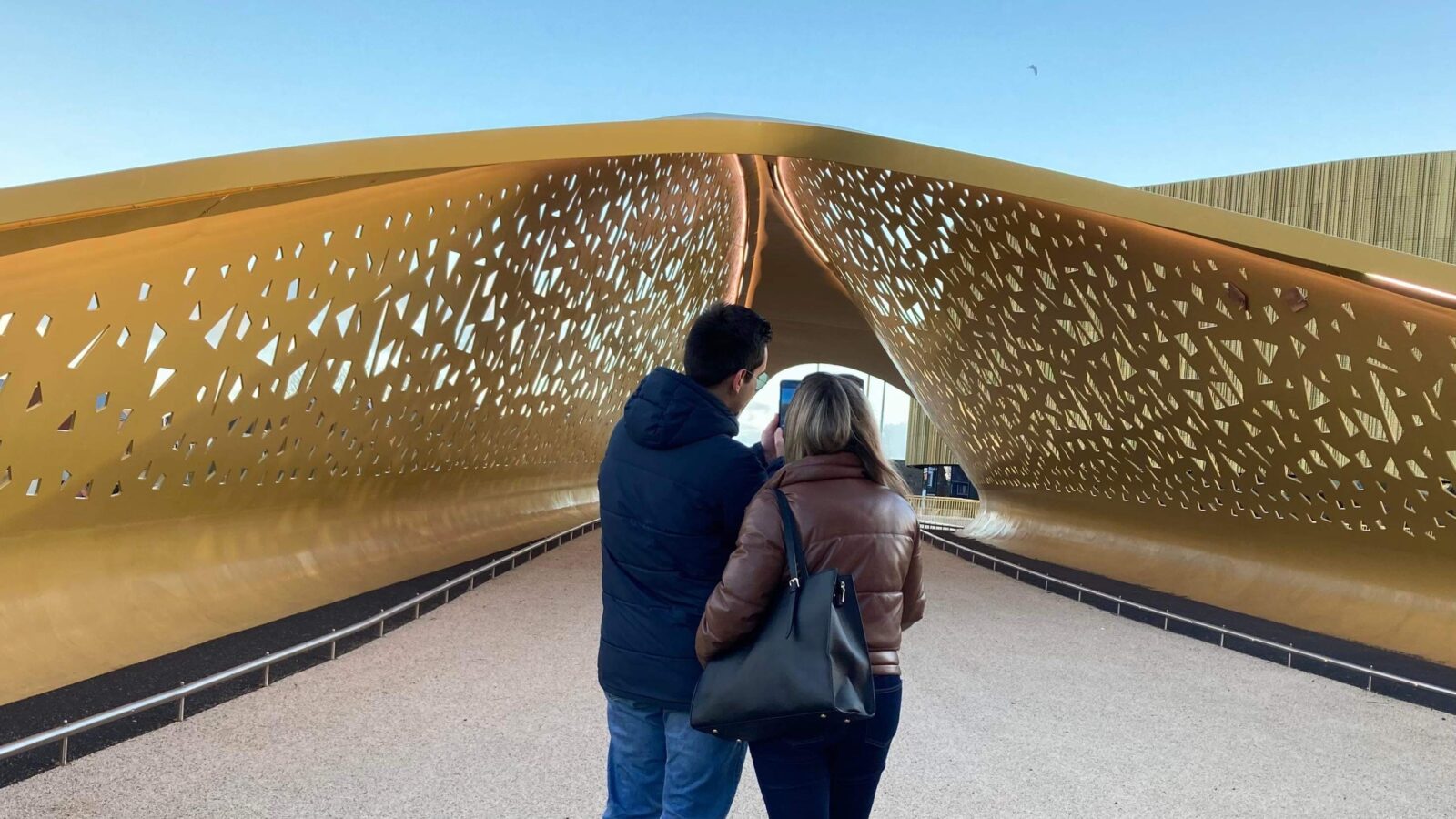 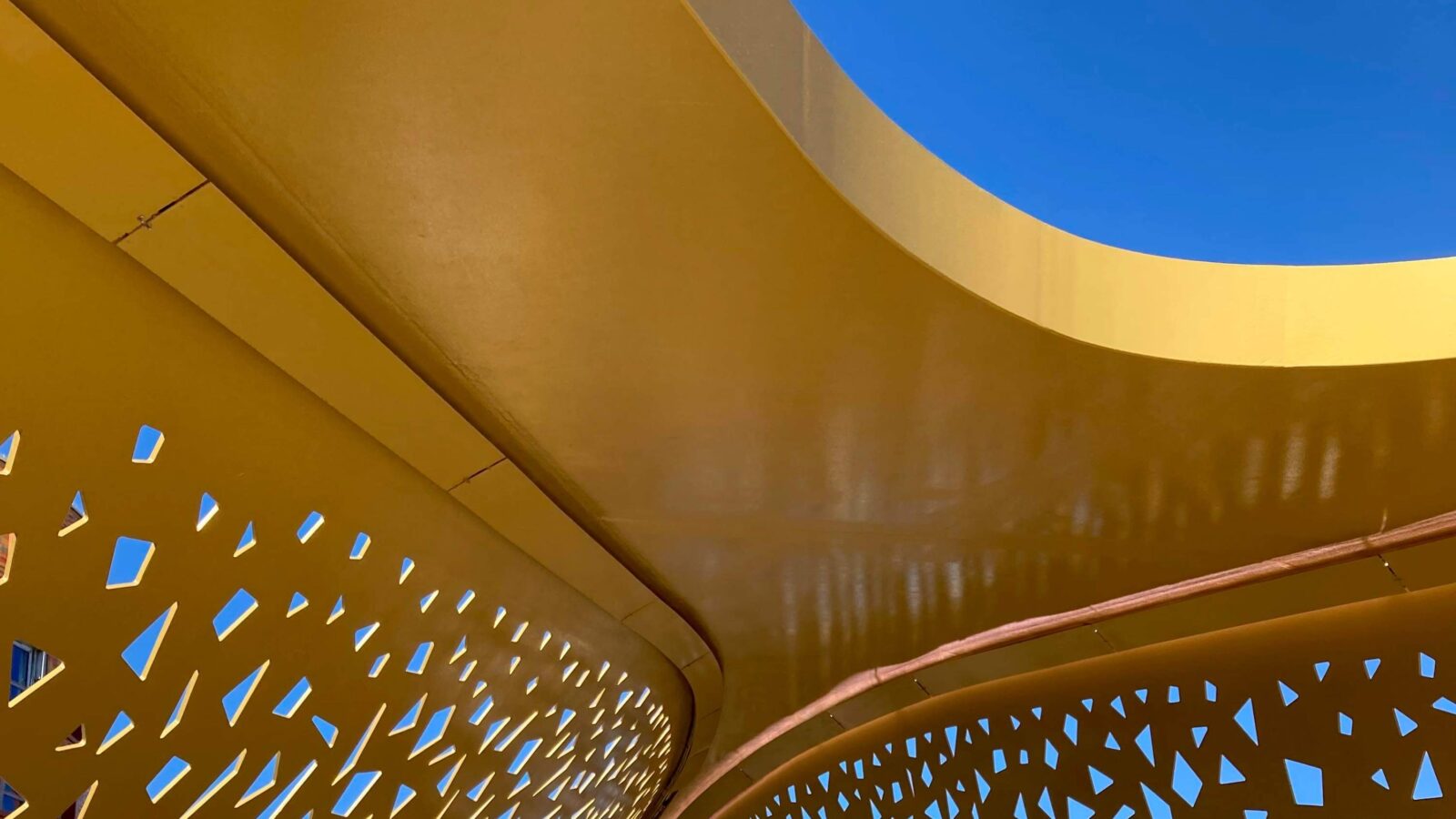 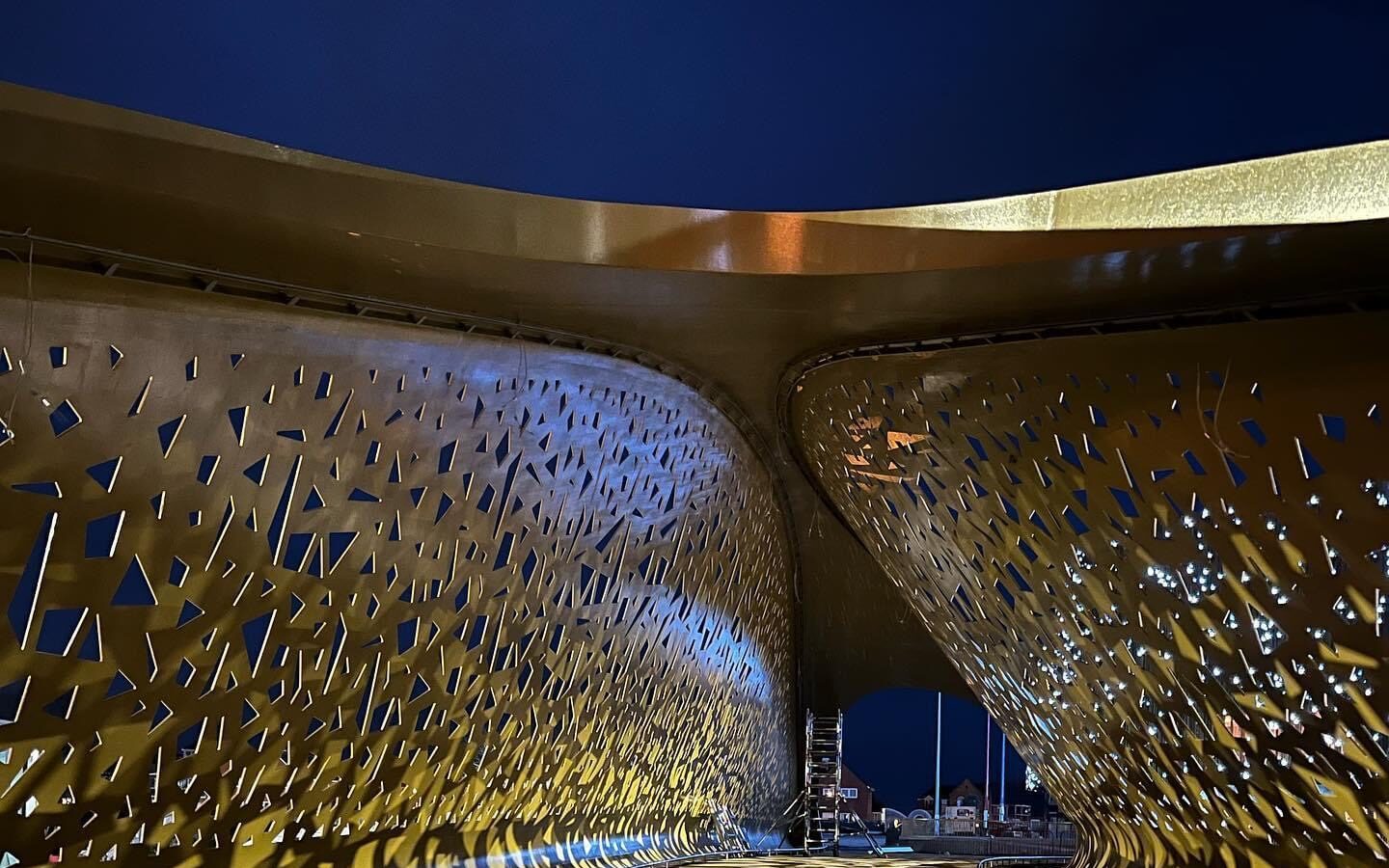 Copr Bay Bridge ( The Crunchie ) – March 2022 Co-designed with ACME architects a new landmark pedestrian bridge for Swansea, South Wales. The brief was to provide a dramatic, eye-catching and iconic new gateway to Swansea.

The origami-style steel cutouts feature swan shapes with a spirited abstracted edge to them. The gold bridge represents the transition from the past to the future and it symbolises Swansea’s aspiration to evolve, grow, flourish and become an even more exciting locally connected city that is still very much rooted in its own identity and sense of place.

TŶ HWNT – the bungalow and beyond

A visual ode to the house that Rees’ father built, his mother made and that subsequently shaped him artistically. The film focuses on the dwelling itself and its close environs, in particular the surrounding Square Mile.

Y Filltir Sgwâr | The Square Mile is the intimate landscape and decor of one’s upbringing, the interior and exterior…details in macro and micro, the wide, the close-up and the pan.

The Square Mile is a notion that exists in the Welsh psyche as a series of cognitive maps around home and locale. Rees states ‘The following quote echoes like a songline, guiding me through the landscape of my practice to amplify those invisible deep-rooted threads of connection.’

In our earliest years we know a patch of ground in a detail we will never know anywhere again – site of discovery and putting names to things – people and places – working with difference and similitude – favourite places, places to avoid – neighbours and their habits, gestures and stories – textures, smells – also of play, imagination, experiment – finding the best location for doing things – creating worlds under our own control, fantasy landscapes. a place of exaggeration and irrelevance, making rules and breaking rules…of learning to distinguish between ‘do and ‘don’t do’, of improvised response, rules of thumb.

It is the square mile of childhood; that familiar, formative territory.

The location of influential events and experiences, but which are ever-expanding and without firm edges ….. blurred borders…. This memory mapping is not only a rural terrain tool – it can be overlaid onto an urban environment or cityscape.

For Rees, it is a constant source of inspiration that often emerges and manifests in surprising ways. The Square Mile is the foundation; the bricks, the cement, and the cladding that his creative practice is built upon.

It never fades but resurfaces as an altered pattern, detail, taste, texture, trail or trace – an ever-shifting, evolving mosaic of memory mapping from the minimal to the monumental.

A portable performance and installation that unites the past with the present in a journey throughout the public spaces of Pontio and paints the space with history.

This is a resource that can provide teachers with ways to present a Physical Theater style to their pupils. There are inspirational and workshops by Marc Rees and Eddie Ladd who are leading practitioners in site-located theatre in Wales. The practical resources are supported with written assets created by some of Wales’ most experienced teachers and Drama examiners.

A 35ft Gold Statue of Shirley Bassey mimicking the pose of another Welsh female icon, that of Boudicca, sited temporarily at Caernarfon and Cardiff Castles respectively.

Made in collaboration with Wild Creations

A short film created as a prelude for and included in Rees’ solo Gloria Days based on the 5th Marquise of Anglesey Henry Cyril Paget.

Gloria Days was a multidisciplinary performance based on the extraordinary 5th Marquis of Anglesey, Henry Cyril Paget. Known as ‘The Dancing Marquis’, Paget challenged and subverted Edwardian notions of class, gender, decorum and theatrical propriety. His fantastical lifestyle and subsequent unglamorous downfall provide the focus for this unique solo work that premiered as part of the Swansea Festival in October 2007. Made in collaboration with Tanzcompagnie Rubsto, Berlin with whom he also created Three Men Running.

I can’t readily think of another recent work that has anything like the quality of lapidary craftsmanship this one has.