Upon arrival at our B&B, Plas-Y-Coed in Gaiman (Where Lady Di once stopped by for refreshments and 20 years ago we celebrated John Rowley’s birthday with a special tea party complete with Veg lasagne hosted by the wonderful Martha Rees). Unfortunately Martha has since passed away and the establishment is now in the very capable hands of her grand daughter Ana, she greets us with the first of many traditional Welsh teas. 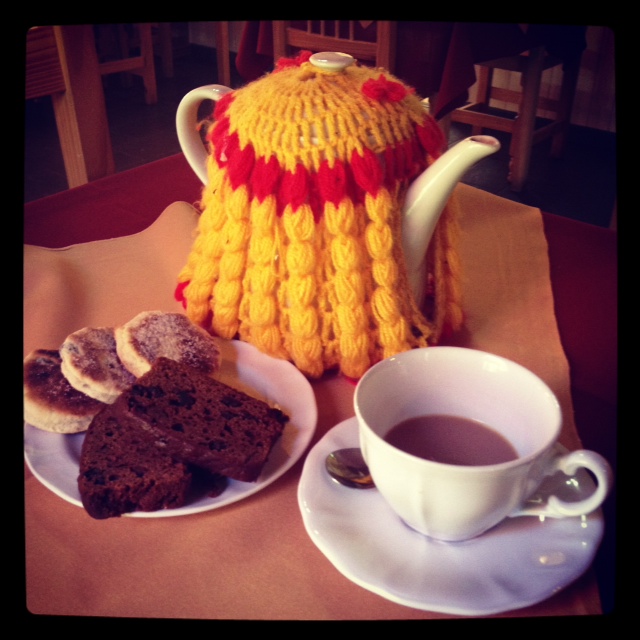 With so much meat and cake consumed thus far on this trip my waist line is expanding rapidly. I shall become a shadow of my former svelte self and be reborn as Marc y morfil ym Mhatagonia! A new whale in the new Wales. 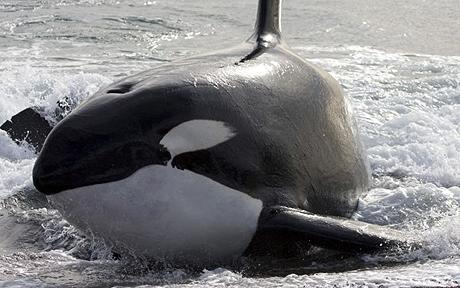 We then went for more tea with the undisputed Queens of Y Wladfa, the sisters Luned Gonzales and Tegai Roberts, descendants of the original settlers. I had met them on my first visit and they remained as irridescent and wonderful as ever and their knowledge of the History of Y Wladfa remains second to none.

Bizarrely enough there was another guest sipping tea and chatting, the actor Gareth Lewis who plays Mike Pearce on the Soap Opera Pobol y Cwm and has done for over 30 years. For those of you who have never seen PyC, imagine having tea and Bara Brith with Ken Barlow! 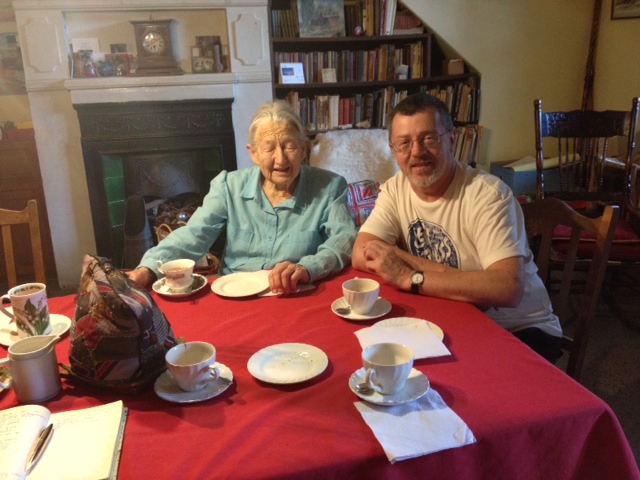 I rather tentatively explained the concept for PATAGONIA150, being acutely aware that having the sisters blessing and support would be paramount to the projects preliminary planning as their network is vast….they seemed on board and our timing was good as plans for the 2015 celebrations are still at an early stage….I love these ladies and I want to adopt them as my new mamgu’s. 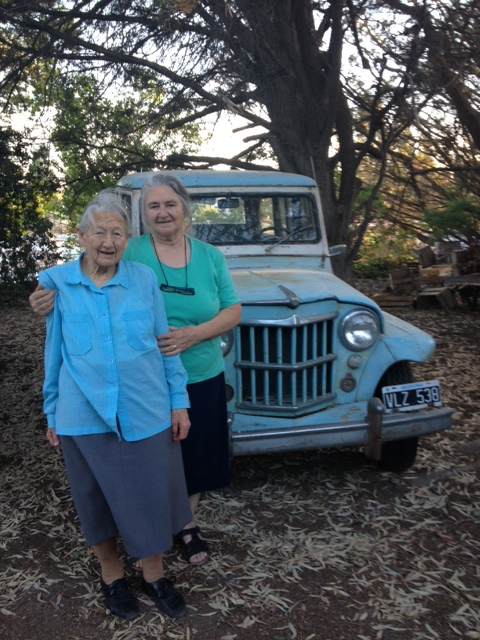 In the evening we went to a rehearsal of the local choir who were really impressive as they sang Beethoven in Welsh with ‘mucho’ gusto which was encouraging as they would be able to tackle a contemporary composition with no problem. The choir is accompanied on the piano by the local renowned composer Hector Macdonald, (must meet up with him) and a solo beautifully performed by Billy Hughes, who i’m sure I have met before at an asado, a voice as lovely as his hard to forget and the heavy scent of sweet sweet lamb .

Attended a talk at Bethesda Chapel vestry given by Tegai and introduced by Luned, they are quite a double act and I could listen to them all day. The audience is made up of a coach load of American tourists who are enraptured by the quaint old Spanish/Welsh ladies. Tegai explains the origins of Y Wladfa, most of it I know but to hear it from a person so intrinsically connected to the ‘Myth’, in this very setting with the sound of the hot wind stirring the poplar trees that surround the chapel is poetic and epic to say the least! We all then visit the Chapel for a reading by Luned and a hymn accompanied by Tegai on the harmoimum.

Harmonium: The earth house is gone, swept away by the milky water of the snowmelt. The cattle are drowned, the wheat a clogged mat of mud and stalk.

The X that still marks the spot is a harmonium, heavy, in a small crater, rooted by its own gravitas. The wood is stripped of varnish, the keyboard buckled. But on the swell peddles, a trace of polish from urgent knees remains. Not an instrument to be played tentatively this. The Germans may have allowed the bandoneon to be used for tangos, but the harmonium is for hymns, bellows and lungs, in harmony. 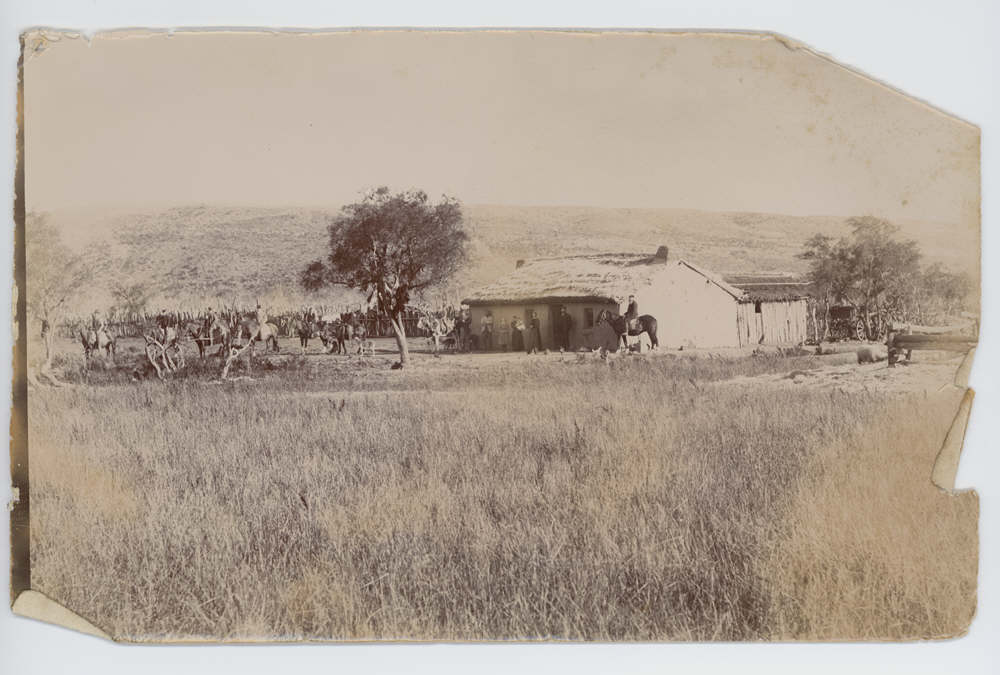 Mike Pearson , Extract from Welsh Landscapes that formed the text for the Brith Gof show Patagonia performed at The Royal Court

In the afternoon we visit the Gaiman museum. 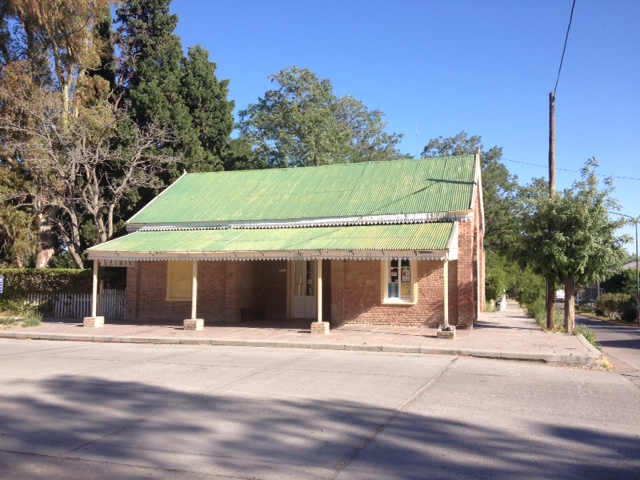 The museum has been lovingly looked after by Tegai, the keeper of the archive for many , many years.

Archive. In a land where nothing rots, objects accumulate and history spreads endlessly sideways. A drop of oil, a lick of paint and all these objects could be used again. Only their world has disappeared. MP

Today the role has been passed onto Tegai’s nephew, Luned’s son Fabio Conzales who greets us with some amusement as he finds the double act of one able to speak Welsh and the other Spanish rather hilarious. Maybe we can become the ‘Chuckle Chicos ‘? He gives us an intense and intimate tour of the collection constantly referencing to a large map of the Chubut Valley. The original plan was devised by the governmental authorities in Buenos Aires and delineates the shaping of the landscape through the division of the territory into 100 hector sections. Creating a patchwork for the Pampas, a pattern for progress?

It’s worrying, being out in the desert, no frames for what’s going on.

But erect a vertical – a post for hitching, a doorway for standing, a wall for leaning – and that’s when desire begins.

The desire for that position, that place…