The day began with devising a novel method for drying damp pants with a hair dryer (having hand washed them the night before). 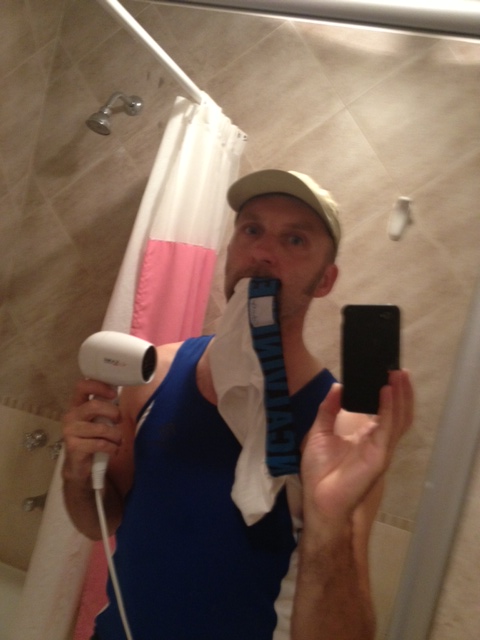 Then a jog on the sea front, well I say jog, more like a jiggle. At this rate with all this cake, steak and helado they’ll have to charter a Boing Air Bus to take our blubbery bodies back to Whales, I mean Wales….Hola Bola!

We bade hwyl fawr to Luned and Puerto Madryn, gathered supplies, filled the petrol tank, checked the tyres for air, bought a better map of the Chubut route and off we went.
MR+ST (Mister and Saint) into the wilds. 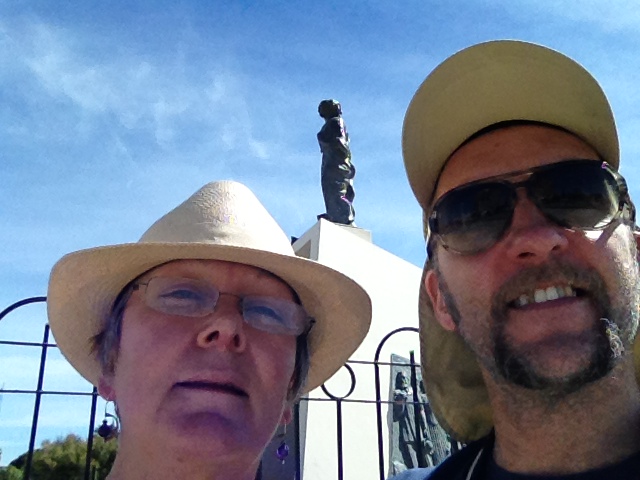 Just past Trelew we came across an alarming scene, a burning rubber tyre pyre at the side of the road and a group of men waving baseball bats! We hid behind our sun glasses and Panama hats, and gurned like gringos as we sped past. 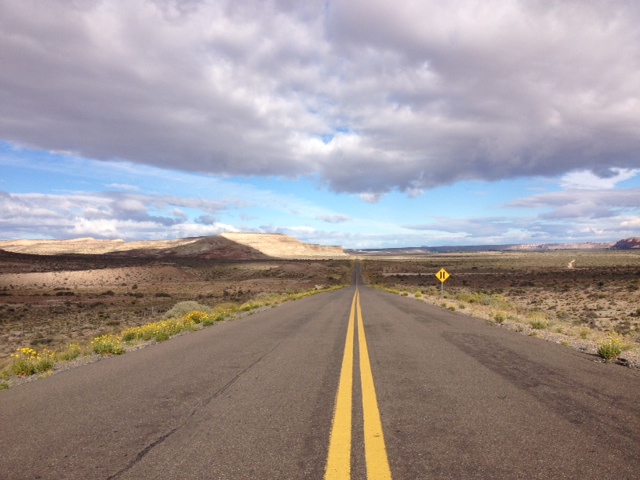 The monotonous landscape soon calmed us then it gradually shifted from arid, desert terrain (where the wind whipped up the dust into mini tornados that spun across our path, which was both scary and exhilarating) to red, rugged, and ancient rock formations rather like those in the ‘Road Runner’ cartoon. Meep!Meep! 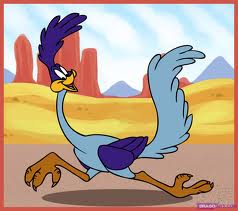 The landscape was just MASSIVE, like cliched Cowboys and Indians territory from Westerns. We even passed a cowboy in pursuit of an invisible something. Keeping with the horse theme we then stopped by at Los Palmas to pay homage to John Davies and El Malacara. 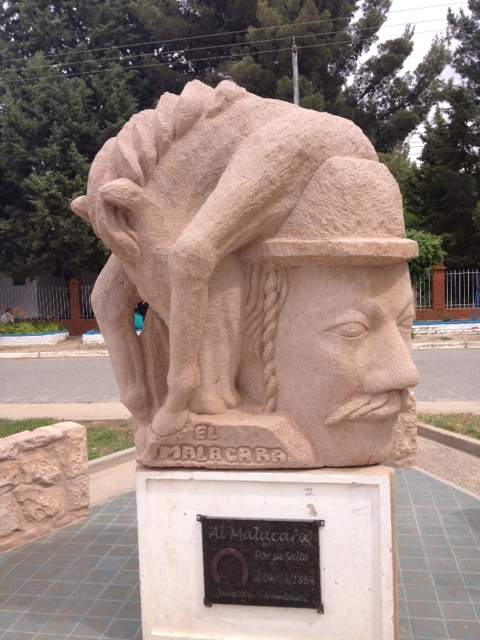 More on him and his heroic equestrian antics later. 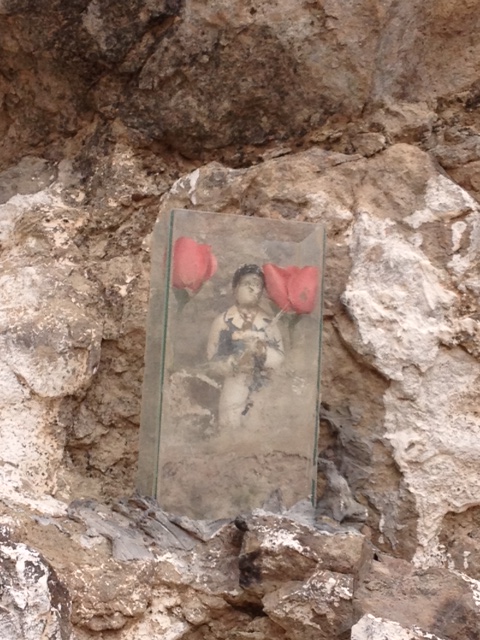 Then we found our hotel in Los Alteros. 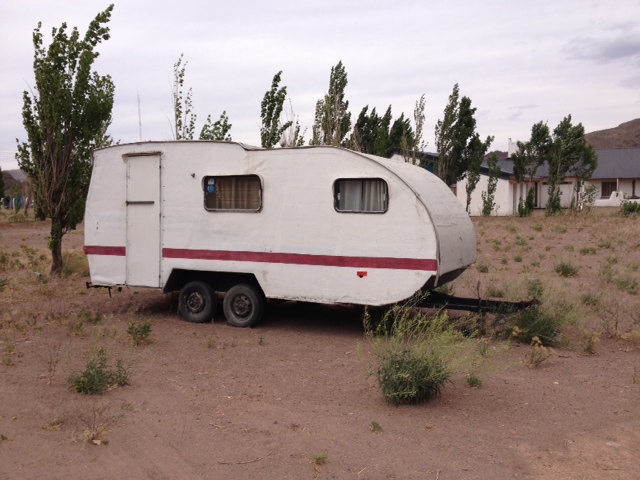 Not this but it was in the car park.

The hotel was a cross between Bates Motel, Crossroads and the one in The Shining and just like the latter we were the only inhabitants! We quickly checked into our rooms and promptly ran out again in search of alcohol, if we wanted to sleep soundly then much beer was needed. 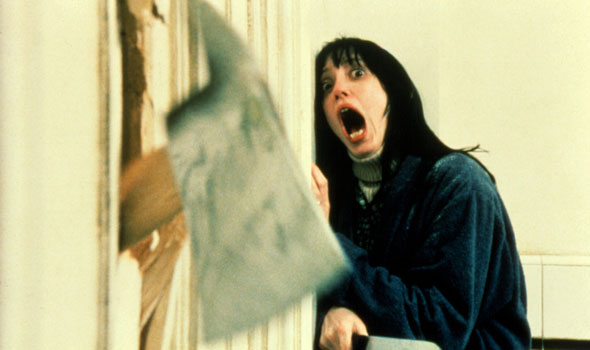 We found yesterday to be BIG  but today is just HUGE! The ever changing geology of the surroundings that we snake our way through is simply breathtaking, both wishing that our knowledge of minerals, rock formations and tectonic plate shifts was more than simply commenting on the wonderful reds, yellows and greens with ‘Ooh there’s lovely!’, but it sure is damn lovely, it’s bloody astounding.

The gravel road is tough going but neither of us complain; the sobering thought of the original settlers meandering along this very landscape on horse drawn wagons dispels any kind negativity, goodness knows how they endured it?  The promise of a richer, more furtive, generous and yielding land? We stop often to drink in the views, sumptuous vast vistas, hardly unchanged for thousands of years.

I attempt to dip my feet into the Chubut River.

By the Rivers of Chubut

It’s easy to imagine it as a prehistoric terrain with roaming dinosaurs, so no wonder that they have this to greet visitors at Trelew Airport. 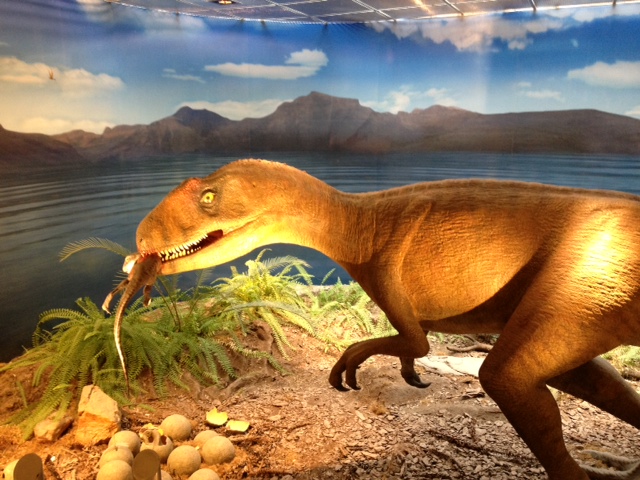 This reminds of Bruce Chatwin, who’s fascination with Patagonia was born out of a childhood obsession with a Brontosaurus who walked these parts. In his book In Patagonia  he describes it ‘as the uttermost place on earth’ but I don’t find it desolate or hostile, it is somehow friendly, familiar as if following the Rio Chubut on the trail of Los Riflerros is like tracing the ribbon like flow of the River Tawe along the Swansea Valley, albeit from a Terrordactyl’s eye view. 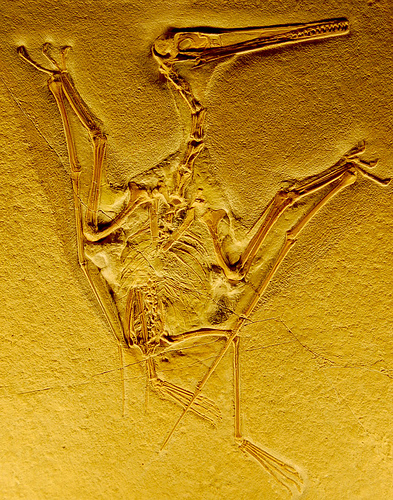 Someone compared this leg of the journey to driving from Cardiff to Aberystwyth….maybe  IN THE JURASSIC AGE! 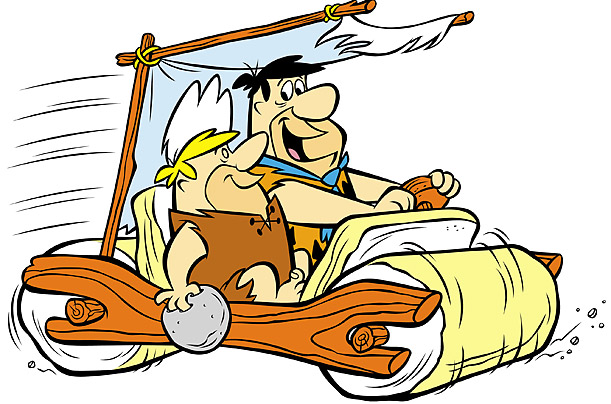 Perhaps the original settlers also felt more connected to this terrain, the mountains triggering a memory that momentarily healed the hiraeth, that longing must have been unbearable at times.

This place was something special, but Cwm Hyfryd must be unbelievably Hyfryd (wonderful) with the Andes all encompassing and majestic. We shall see.

We continued through even more ever changing and dramatic scenery, stopped at a place called Piedra Parada ( the stone that stood still) and stretched our legs in a ravine. 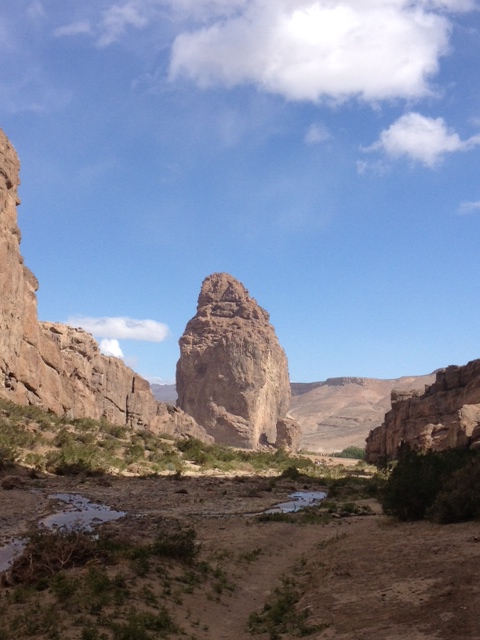 Finally, 8 hours later we arrived in Guajainia and found a fantastically authentic grill house run by a one toothed character called Mario who was brought up by Welsh folks in Gaiman and Dolavaon. He retold the story of El Malacara and Los Riflerros (who came through Guajainia ) as he turned lamb steaks on the grill. He explained the attraction and power of this place, that it gave you silence, solitude and time…..as after all it is the ultimate landscape of the mind. 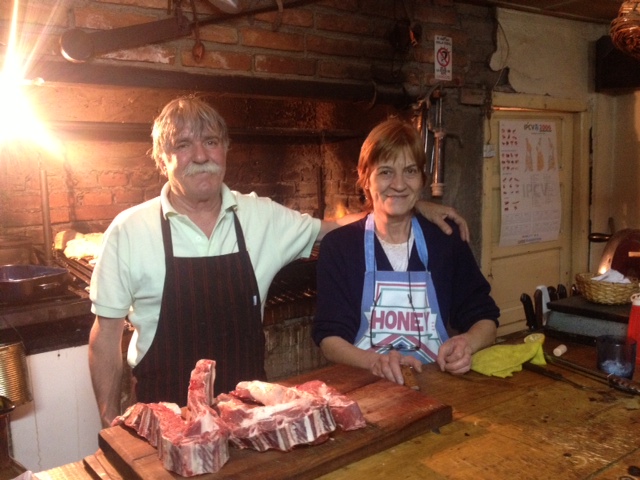 What a perfect way to end the day (which was long but spectacular) with steak and chips and red wine. I won’t bother recommending this particular bouquet, it came in a jam jar and was just right.

Sian flicked through the visitors book and came across an entry from her name sake. 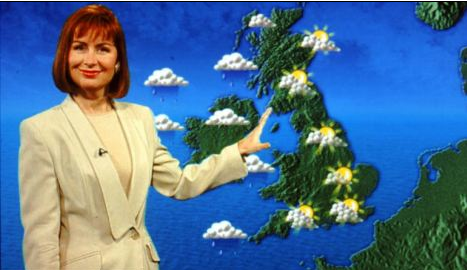 Spurred on by Mario’s telling of El Malacara we go in search of the place he jumped and the steep scree slope that he slid. It’s located in wonderful landscape, weirdly familiar once more but once again we fail to find the exact spot but at least get a good idea of the setting of that valiant scene and utterly compelling tale. 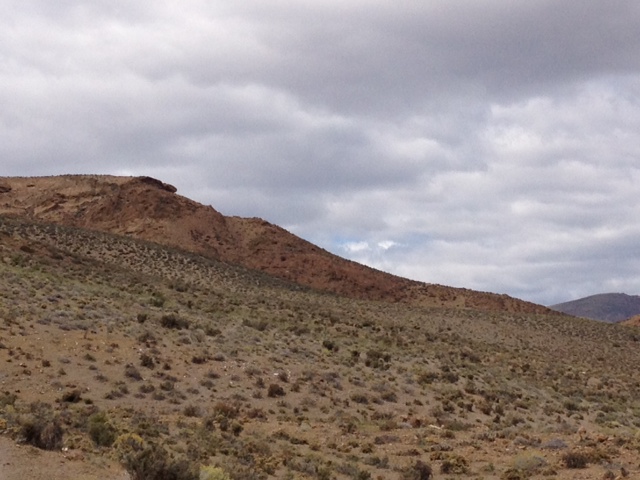 When I was in Patagonia…

I met a man who has a horse buried in his garden. His name is Milton Evans and he lives in the town of Trefelin, in Cwm Hyfryd, in the Andes, where Welsh settlers built a great flourmill. He told me the story of the horse – El Malacara.

By the 1880s the lower Chubut Valley was completely full – large families, lack of irrigable land. There was a need for expansion: to begin again, to wipe the slate clean. In 1883, a group of four young men set out to follow the river to the west, across the pampas and into the high sierras, into the wilderness. Their leader was John D. Evans, riding his horse El Malacara.

They penetrated four hundred miles inland, to the foothills of the Andes, spurred on, some would have it, by the promise of gold. And then, on some instinct, they became afraid. They turned for home, riding day and night. The hooves of the horses bled. Two of the men had to be tied into their saddles. Suddenly, at a place now called Valle Los Martires – the Valley of the Martyrs – they were attacked by their pursuers, a vicious, marauding band from Chile. Three were killed with spears, their bodies slit open, their skeletons hacked out and scattered, their severed sex organs stuffed into their mouths.

Miraculously, John D. Evans escaped. He spurred El Malacara across a twenty–foot wide ravine and down a steep scree slope. They made the two hundred miles back to the lower valley in forty hours. Next year, John D. Evans and El Malacara guided the expedition that discovered Cwm Hyfryd. Eventually he became known as Banqueano, ‘a talented leader who is familiar with the life and paths of the plateau’.

As we approach Esquel and the snow capped Andes the shift in the landscape is beyond believe, almost resembling Alpine ski resort territory. 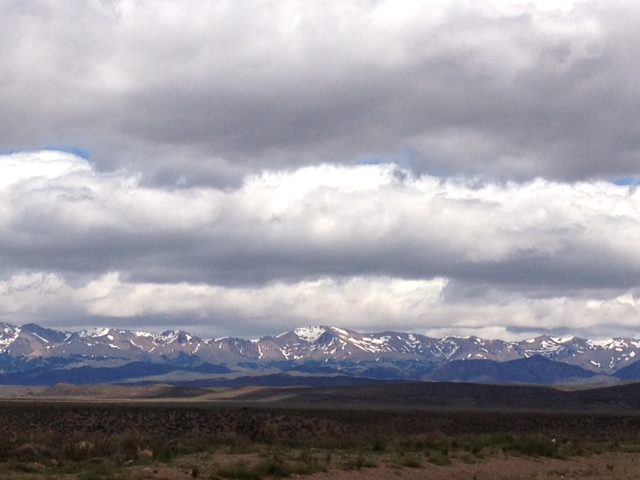 The visual contrast from where we started our trip to now is incredible and we are still in Chubut! The national park that we have just entered is twice the size of Wales, incredibly Patagonia is 40 times its size!!!!! We find our accommodation which completes the Heidi’s hinterland feeling and Sian and I play house in our wooden chalet. I push my aesthetic sensibilities aside and embrace the pine; though I think it’s probably poplar, lots of it, very popular. 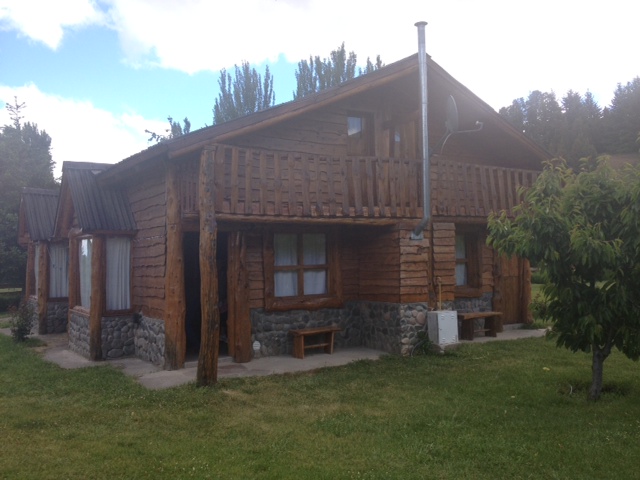 We even have our very own pine/poplar bar!!!!!! 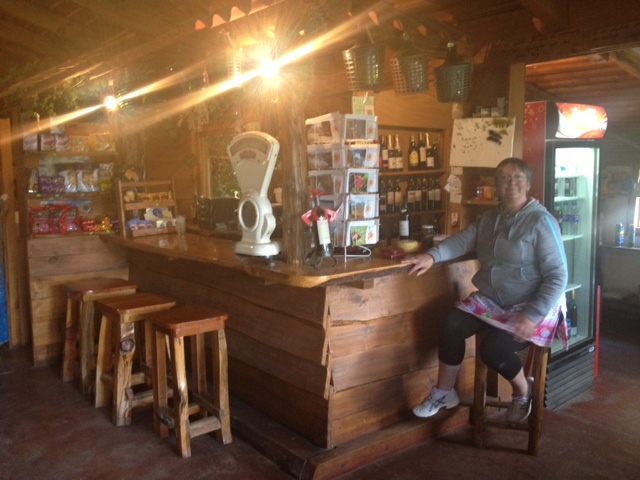 Throughout history men have struggled with expressing their emotions, this is especially true of the Welsh. Perhaps they found solace in the landscape, were able to camouflage their ineptness at communicating feelings, so it simply didn’t matter as they found a certain inner quietness and a sense of escape in the vast space that surrounded them? 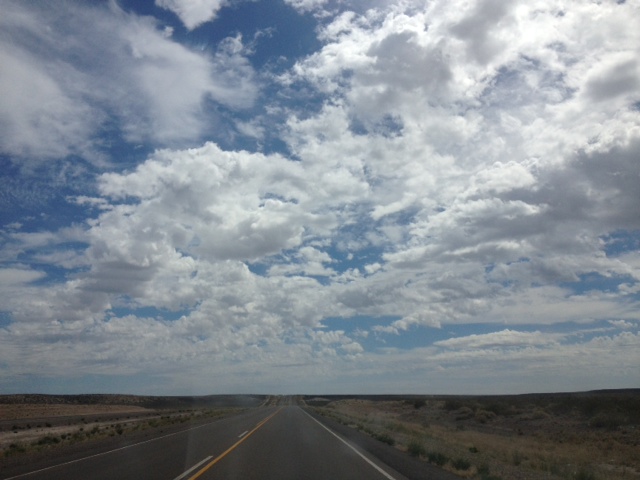 Charles Darwin found the ‘negative qualities‘ of the Patagonian landscape irresistible and he tried, unsuccessfully, to explain why, more than any of the wonders he had seen, these ‘arid wastes‘ had taken such firm procession of his mind.  Six years before the Mimosa landed, W.H.Hudson in his book Idle Days in Patagonia attempted to answer Darwin’s question and concluded that desert wanderers discover in themselves a primeval calmness ( known also as the simplest savage) ….. 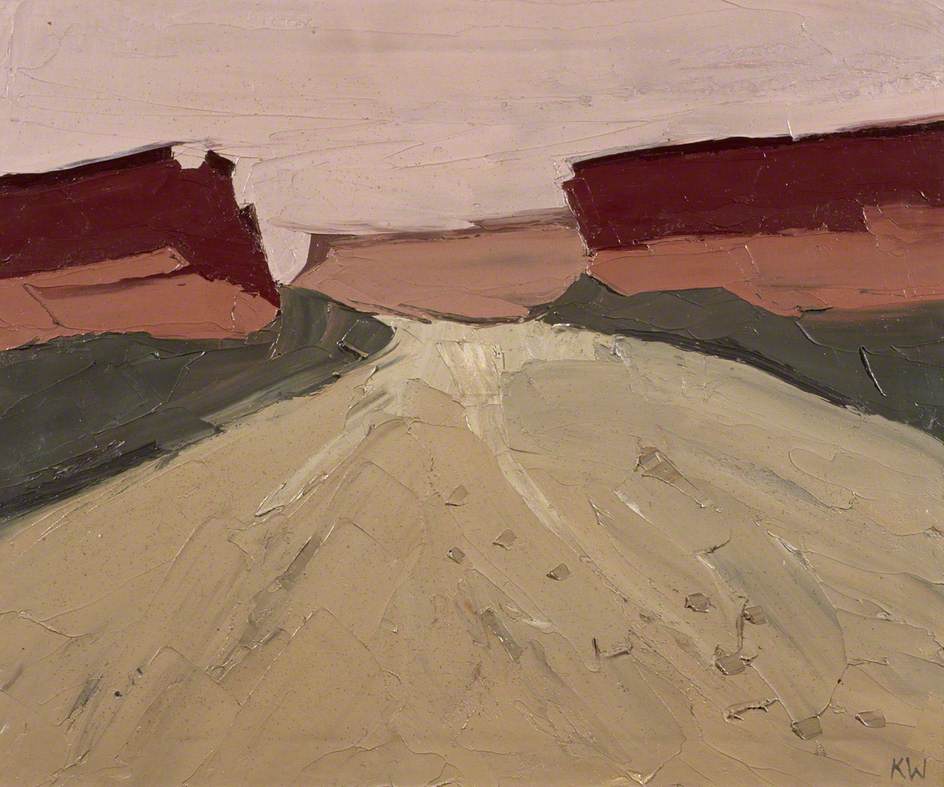