Driving back to Gaiman we decide to take the tarmac road rather than the gruelling gravel one which should take around 7 hours. We’ve been invited by Yvonne Owen ( president of Yr Orsedd ) to spend a night at her Chacra ( farm) as she wants to tell us it’s story and we are keen to hear it. So, for the last time ( for now at least) we say goodbye to the Andes and watch the mountains minimise in the wing mirrors, once again Mike Pearson’s haunting text comes to mind.

However arduous the journey, however unyielding the wagon springs, always take a mirror. For it shows you where you are not, looking back from a world where no sweat bleaches your hat band, where no dust etches your skin, where no relentless roar deafens your ears…

En route about half way, Sian mentions that she would like to see some Lamas and I’m reminded that we haven’t seen any Flamingos, lo and behold shortly after we see a pink shimmering cloud in the waters of a small lake in the middle of Y Paith. I haven’t seen real flamingos since I was a small boy on a school outing to Penscynnor Bird Gardens outside Neath. 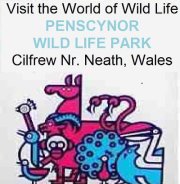 It’s amazing to think that at the beginning of our journey we saw pregnant Penguins close up and now, on the final leg we see Flamingos resplendent in their flamboyant feathers of faded fuscia (how’s that for flowery prose?). The landscape has shifted dramatically from snow capped peaks to undulating, baron hills, it’s a bit like seeing flamingos on the Black Mountain, just beyond Brynyman (having escaped from Neath).

Unfortunately we experience our first road kill, a tiny bird that simply flew straight at us, at least it wasn’t a flamingo or Road Runner…..Meep Meep !I can hear Myrfyn’s mechanical bird singing a lament.Sian thinks she drove over a tarantula but swears she didn’t kill it…thank god it wasn’t a Lama!Within the desolate landscape the corrugated metal roofs of the sparse chacras glint in the sun and act like giant mirrors signalling codes to each other, a strange dissonant discourse over vast distances……metal sheds sharing shiny secrets of the desert…. tussling for attention from an infrequent gaucho or guanaco in this remote and arid terrain, or perhaps shining for rain to simply wash them clean, to gleam and reflect its surroundings back in on itself, an endless horizon of infinite possibilities.Approaching Gaiman it feels good to be back, it’s totally different from the ambience of Yr Andes but there’s also something unique and special about it. Post ice cream we meet Yvonne and she guides us to her family farm. She grew up here, then spent 30 years in Wales but has recently returned to fulfil her dream of taking over the farmstead (along with her strapping farm boy partner, 20 years her junior) who is a gentle, grinning giant . We settle into the small house next door and he brings us some fresh eggs and a sack of walnuts with a huge smile the size of a gleaming radiator.

We are totally immersed in agricultural atmosphere, the sound of the farm and its animal inhabitants surounds us completely. I go to sleep with the sound of a choir of frogs in the background, It’s so loud I that have to put ear plugs in to dim the amphibian din. I awake early to the sound of cockerels, peacocks and bandurias competing in a role call challenge (with the occasional bleat from a complaining sheep). Their summoning has worked so I get up and walk around the farm in my pyjamas and am followed by hungry chickens with 20 scurrying chicks. I visit Meg the Welsh sheep dog and sing her Happy Birthday in Welsh as she is one year old today and she rolls over in appreciation.

The dogs here are so laid back (just like the people), I have made so many four legged friends, what a collection of canine characters, Bon Bon; Manchita; Teilo and Megan….perhaps one day I’ll get my own Patagonian like pooch?

Yvonne takes us on an extensive tour from one side of the valley to the next via the small gravel roads that traverse the network of farmsteads and adjoining land, it’s a fascinating historical insight and a great explanation of how the valley was shaped from the shifting

glaciers to diverting the river to form the channels (which the Welsh invented) that nourished the soil. In fact her great, great grandfather Edward Owen engineered the canal system, a major turning point in the development of the colony.

She tells us a great anecdote of how he came to be in Patagonia, he hailed from Bethel, outside Bala from a very poor background and had to poach in order to feed the family. He was caught three times by the landlord and the family were threatened with eviction, as his mother and sister weren’t involved in the crime he pleaded to be the only one to be banished and the landlord conceded. So, Edward became homeless and shortly after encountered Michael D Jones on horseback travelling to various towns to lecture on Patagonia with the aim of encouraging people to emigrate….. 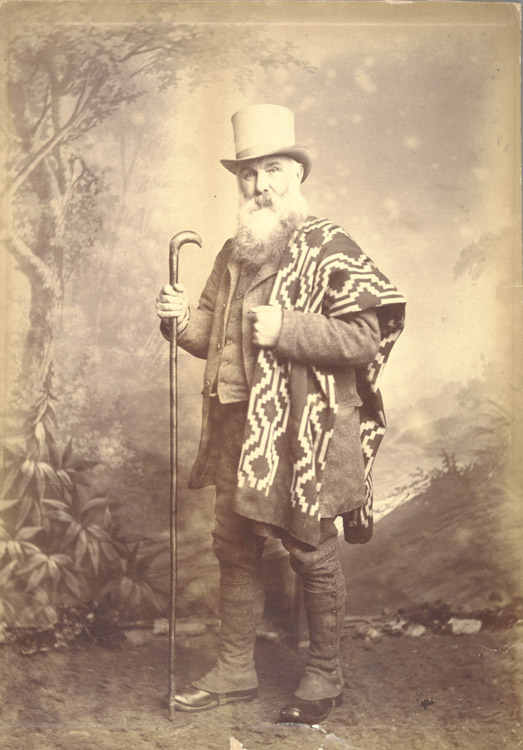 And that’s how he went,

The power of persuasion at a pivotal point.

In his later, senile years Edward Owen would don his former mining work clothes and wander the Paith, in search of the coal face, scanning the dust of the desert for the mineral that made his homeland,

That’s hiraeth as deep as the carbon layer itself. 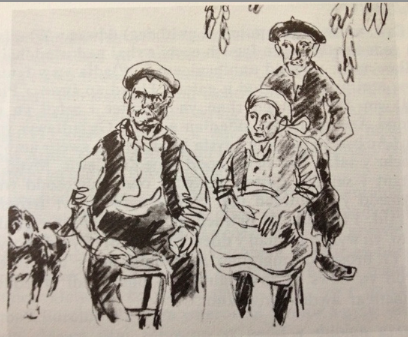 It will be the bedrock of PATAGONIA150, actually for Tir Sir Gar also, if you strip it all away this is the fundamental foundation of human condition. 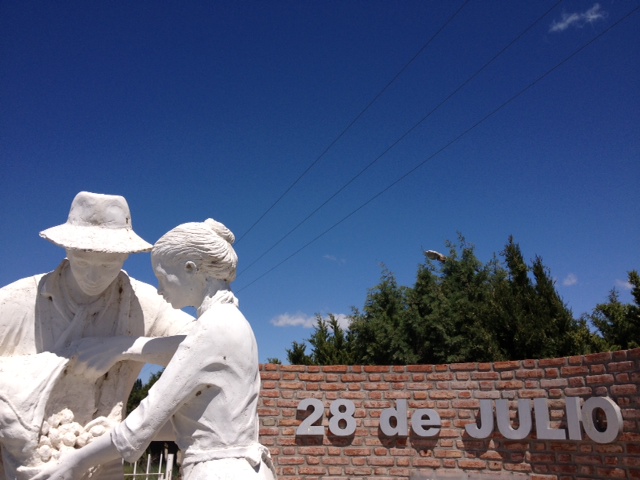 The monument that commemorates the day that the Welsh arrived for good.