Onwards in the afternoon to the historical school located in the heart of the valley, the first built for the surrounding farms, (which are still run by Welsh descendants today), the setting is breathtakingly beautiful. We are taken on a little sojourn to visit the stone where in 1902 a momentous occasion took place following a territorial dispute between Argentina and Chile, a small group of Welsh people gathered and voted to remain in Argentina, this plebiscite was a major historical moment in more ways that one as it was also the first instance (in South America) that women were allowed to vote. 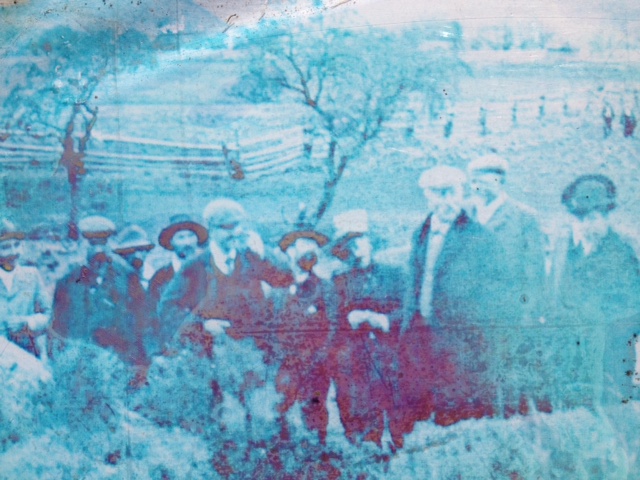 Back at the school a ceremony took place were the grandchildren of John Murray Thomas unveiled a statue in his honour, all three clearly moved at seeing their Tadcu once more. 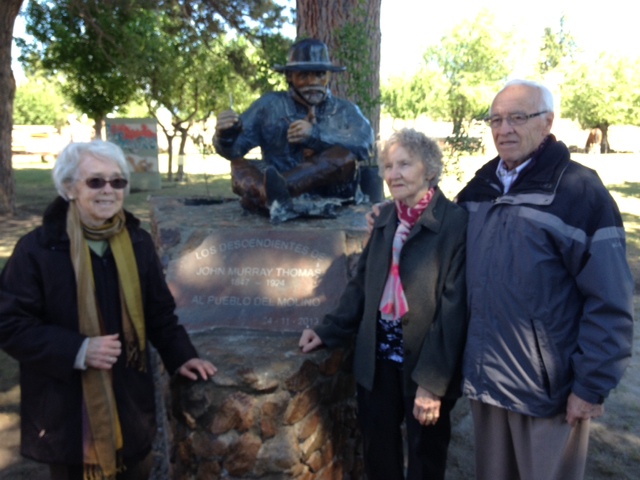 Thomas was born in Bridgend, South Wales and at 18 came aboard the Mimosa and in 1885 funded the first expedition to explore the vast land along the Rio Chubut in search of minerals and a better place to establish a new Welsh settlement following the harsh conditions endured for the 20 years prevoius (especially the flood in 1899  that almost destroyed everything and where they and to start again, virtually from scratch). The expedition group, led by Colonel Fontana and Thomas was made up mostly of Welshmen and became known as Los Rifleros (the rifle men)…..and a legend was born.

Every year they mark the occasion with a re -enactment of the final leg of the journey, where the horseman discovered the valley and named it Cwm Hyfryd, (Wonderful Valley), their new Eden, which it truly still is. 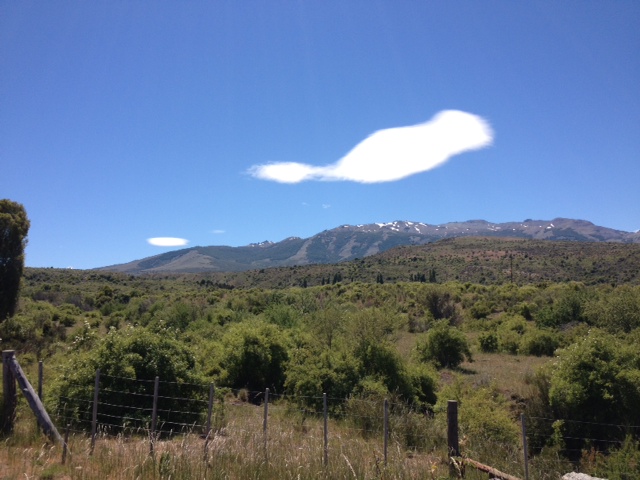 As the horses and riders gathered outside the school during the speeches; emotional
testaments delivered off the cuff reiterating the importance of the Los Rifleros ritual and its ongoing legacy, a letter from Mathew Rhys was read and signed books given out (to his fellow riders during his participation in the Los Rifleros trip in 2007), the book Patagonia is a documentation of the journey. 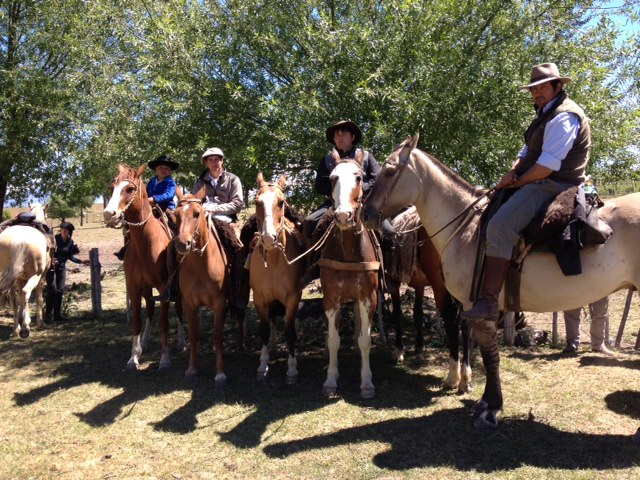 The 50 horses and riders gather and head off into the heat and dust towards Craig Goch to christen the valley once more, led by young children riding with great skill and ease. It is one of the most thrilling traditional customs that I have ever witnessed, and unlike most historical re – enactments not contrived at all. It is deeply rooted in the ground that they canter and gallop and is genuinely epic in every sense.

The above has to be included within the narrative arc of PATAGONIA150, the original settlers not only shaped the land with their hands but with their voices via a vote to remain Argentinian, the impact this had was huge but not many are aware of its historical significance. One can not help compare the situation with that of the Malvinas (The Falklands) which as a subject when brought up in discussion here is not really an issue, it seems that it’s the politicians that make it so, several times our perception is proved wrong which is very interesting. I wanted to incorporate geo-politics within the thematics of the work and thought that it would be a contempory comment not knowing anything about the 1902 plebiscite. It is a fascinating uncovering and a story that has to be told, as much of Argentina, let alone Wales isn’t aware of it.

This trip is an enormous history lesson, and it makes you reassess your origins and your connections to it ….often during one of the long car journeys across the paith I stare in the wing mirror and look through the clouds of dust at where we’ve just been.

Mirror. However arduous the journey, however unyielding the wagon springs, always take a mirror. For it shows you where you are not, looking back from a world where no sweat bleaches your hat band, where no dust etches your skin, where no relentless roar deafens your ears… – Mike Pearson

This journey is proving to be quite profound and thought provoking, it is indeed the ultimate landscape of the mind.